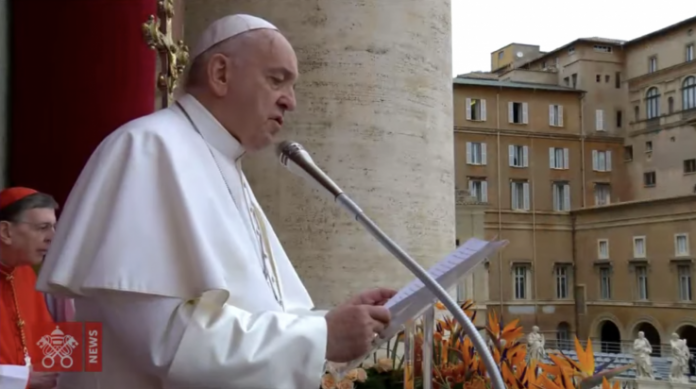 
Three of the island’s churches were hit by explosions as they celebrated Easter Sunday. Some 450 people were also injured in the attacks.
Pope Francis told the thousands of people who gathered on St Peter’s Square to hear his Easter Sunday message, that he “learned with sadness and pain of the news of the grave attacks, that precisely today, Easter, brought mourning and pain to churches and other places where people were gathered in Sri Lanka.”


“I wish to express my affectionate closeness to the Christian community, hit while it was gathered in prayer, and to all the victims of such cruel violence.
“I entrust to the Lord those who have tragically died and I pray for the wounded and for all those who are suffering as a result of this dramatic event,” he said.
The leader of the Anglican Communion, Archbishop of Canterbury Justin Welby, wrote on Twitter: “Those affected by the appalling and despicable attacks on churches and hotels in Sri Lanka will be in the prayers of millions marking Easter Sunday around the world today.

Ronald S Lauder, president of the World Jewish Congress — which represent over 100 Jewish communities worldwide — said that “world Jewry — in fact all civilised people — denounce this heinous outrage and appeal for zero tolerance of those who use terror to advance their objectives.”
//// euronews