Home Politics Politics is not about making money: I left my well-paying profession to... 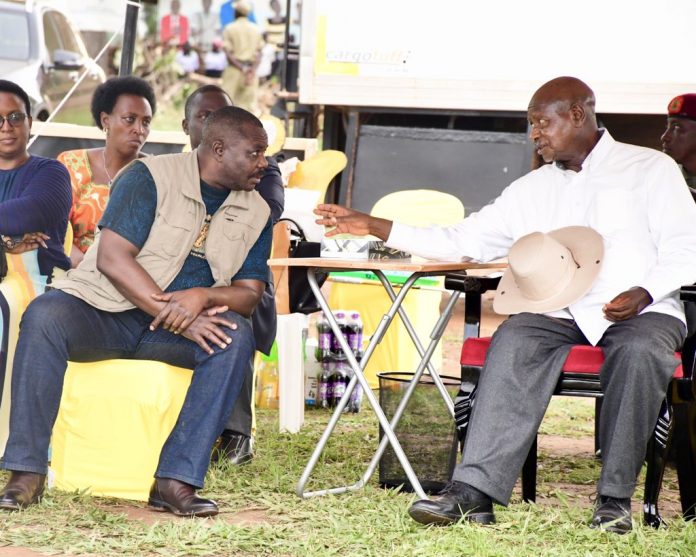 Politics is not about making money but serving the community, pupil leaders of Entebbe Junior School have been told.
The Deputy Speaker of Parliament, Jacob Oulanyah, told the pupils during a mentorship session in the Parliament Conference Hall on Wednesday that a true politician sacrifices with the aim of serving a greater good that is bigger than them.


MP aspirants spend as much as 800m-Shs1bn, according to a 2016 survey by The Observer and revelations by some politicians. In a 2011 interview, retired politician John Nasasira revealed that he was worth 4bn-Shs6b, while Fooreign Affairs Minister Sam Kutesa told KFM radio at around the same time that he was worth Shs 3bn in addition to his two ranches in Nyabushozi and in Mawogola.
“I left my profession as a lawyer, which was handsomely paying, to join politics which pays much less and yet I still share the money with the people I represent; but I do this to serve my people,” he told the school prefects body.
Oulanyah, advised the young leaders to only join politics after they had identified a gap in the community that they would like to change.


Benefits of MPs
The benefits
Each MP is be entitled to a consolidated pay of anywhere between Ugx. 20 and 25million (subject to income tax), a one-off car grant of Ugx. 103 million or more, monthly gratuity of 30 per cent for MPs and 40 per cent for ministers, medical insurance cover, wardrobe grant of about Shs50m or less depending on individual needs, a furnished office and a Shs2.6m iPad for each legislator.


There is also town running allowances of about 1 million. Whenever a member travels abroad for benchmarking or on official duty he or she receives 1.75 million and for inland travel, each gets 150,000 per night/day. The lawmakers are also entitled to borrow free from their pension fund instead of suffering with the high interest rates charged by commercial banks in the open market.