Home Lifestyle Police: We have arrested the man who was driving Nagirinya’s car, 02... 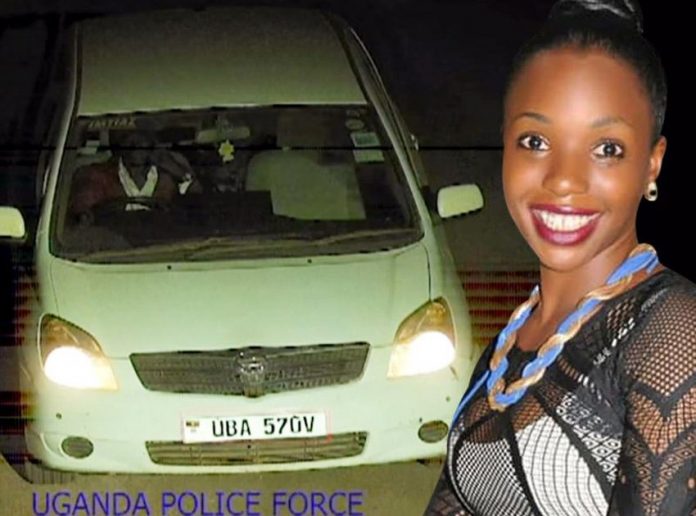 Key suspects behind the kidnap and murder of Maria Nagirinya have arrested-including the man who was driving the late Maria Nagirinya’s car-Police has said. The suspects were arrested on Sunday night in Natete


The suspects were reportedly arrested by a joint team of investigators comprising of the Police’s Criminal Investigations Directorate, Chieftaincy of Military Intelligence and the Internal Security Organisation
Police spokesperson Fred Enanga told journalists in Kampala on Monday that two more suspects were arrested ‘ ‘ We are now interrogating them further to get more details’’

He added: Ronald Kitayimbwa’s simcard has also been recovered from the three suspects arrested.
The breakthrough followed the arrest of a woman, Fortune Ayebare Mugisha, who reportedly was in constant communication with a suspect linked to the killers, according to sources.
Nagirinya was kidnapped from the gate to her home in Lungujja-Busega, killed, and her body dumped in Mukono district.


“The president expressed dismay and told me he directed his security commanders to quickly apprehend the killers. He has also promised to send Shs10m as condolences,” Nagirinya’s father Francis Lubowa said during a requiem mass at St Peters Church, Nsambya


The suspects are currently held at CMI facility in Kireka. CMI holds suspects at the Police Special Investigations Division, a facility known for detaining hardcore criminals. A dozen Police officers were also arrested following complaints from Nagirinya’s relatives that when they reported the kidnap to the Police, they received no attention.