Home Lifestyle Police: the knock and drive away video-highly regrettable 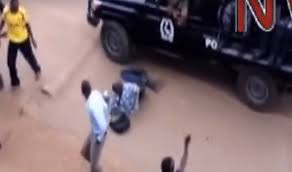 The Uganda Police has instituted an inquiry in response to a video footage that emerged of a police pick-up Patrol that knocked and brushed a man to the road side.

A video captured by an N-reporter Henry Nsubuga, depicts the worst police brutality. In the video, Dr. Kizza Besigye is seen driving through Kyebando, a suburb of Kampala a few days ago. Then, a police car comes following him, knocks down a man who happened to be standing by the road side and chanting for Dr. Kizza Besigye; the car does not stop to help the man, simply drives away.

Shockingly, as the man struggles for his life, unidentified man (believed to be a security operative) in plain clothes comes, majestically walks over the man.

In a statement issued today, Police spokesperson CP Enanga admits that the actions by the police driver in the video footage are a concern and highly regrettable.

‘ ‘ As a result of the footage, Police is working hard to identify the victim, the police pick-up, its driver and the car commander, which officers will have to be suspended from operational duties, pending outcomes of the investigations’’ reads the statement in part.

Enanga explained that although, many questions about Uganda police and accountability have been asked in the last month, we highly encourage the filming and release of videos sensitive police related incidents, as a very important step in promoting transparency in the course of our duties.

He however cautioned the citizens to ensure that as they do this they should avoid interfering with police officers on duty.

Enanga observes that the Police is engaging and re-engaging all the police officers on the minimum use of force, through better communication especially intense and fast moving public order policy situations.

‘ ‘ For this, we are confident of our ability to continue protecting the safety and security of all Ugandans and visitors, whom we request not to judge the entire police force by the actions of few bad officers. 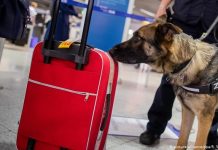