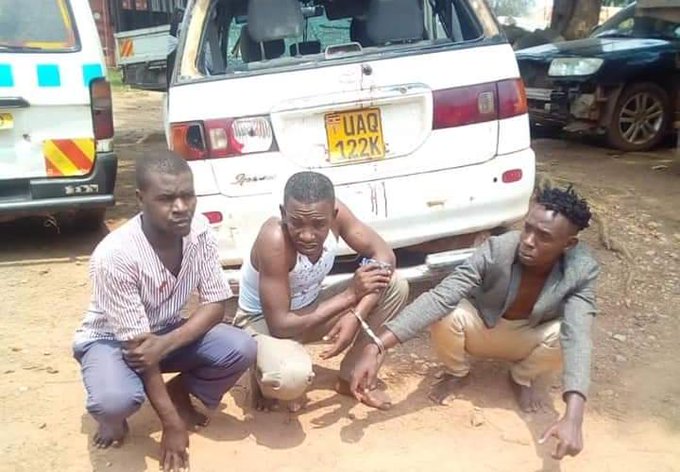 Police have rescued three thugs who were being lynched by the mob after they had defrauded mobile money agents in Kakiri.

The suspects were pretending that they wanted to either send or withdraw money but they ended up stealing the money from the agents.
When the agents realized that they had been defrauded they alerted the community who looked for them within the area. The vigilant community members got them trying to defraud another agent.

They were using motor vehicle reg. No.UAQ 122k.
The complaints are many in this case. Two have so far come and they are Namulindwa Immaculate 20 years, a resident of Kitolotolo, Luwunga, Kakiri and Namuli Diana 25 years a resident of Mukigaga zone Kakiri Town Council.


The suspects are detained at Kakiri Police station on theft charges.