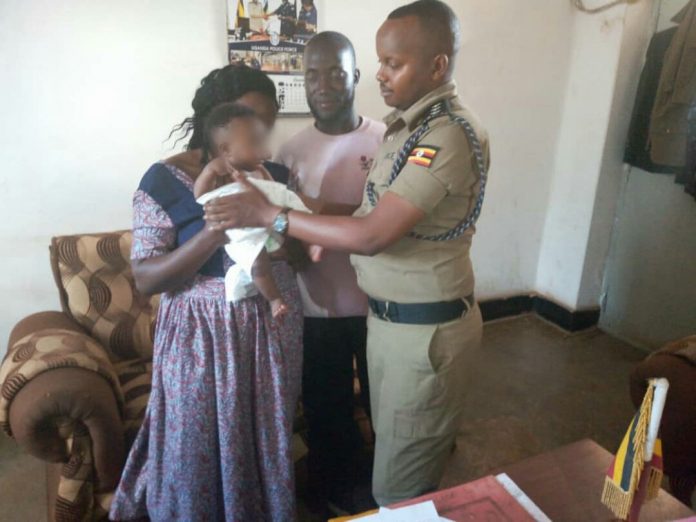 Police in Kabowa on Monday recovered a stolen child. The child was reported missing on Friday last week by the father Setumba Dauglous

It’s alleged that she pretended to be helping the mother carry the child and later disappeared.


She was arrested today together with her boyfriend whom it’s alleged she had convinced to believe that the child belonged to him , the child was recovered in Nalumunye Jomayi.