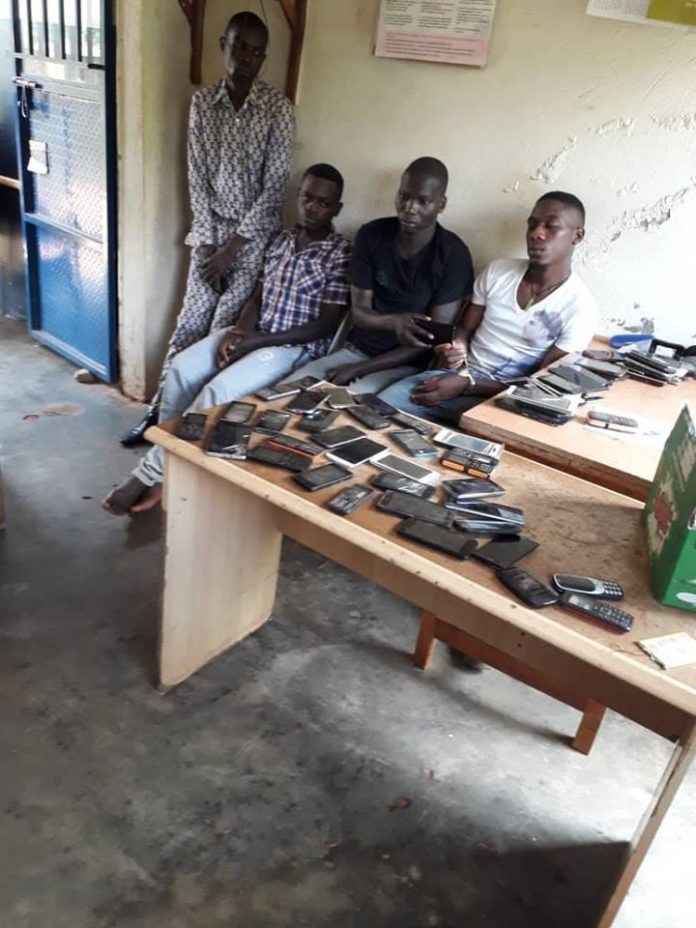 Kyaliwajala Police station has in custody of four men who were found with suspected stolen phones. Their arrest was conducted from Wabiduku-Kasenyi Balintuma zone Kiwatule parish, Nakawa division.


This came after the arrest of one of the suspects who later led police to the gang including the buyer of the stolen phones. Police later did a search in his shop
Exhibit of 61 phones including that of the victim Ibra Frank who had recently complained that he was hit and phone taken.