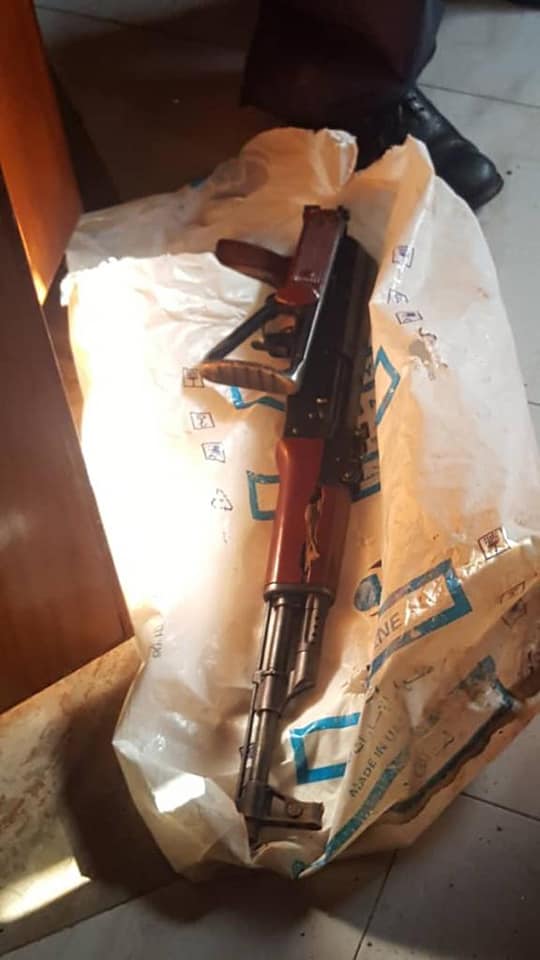 Tuesday morning at around 5:00am, an intelligence led operation was conducted by police in Kinoonya Zone, Masanafu Village in Rubaga Division in Kampala.


During the shoot-out with suspects, one of our police officer was injured and currently out of danger, one armed suspect was arrested and has been identified as Mulunda Stanley.
His accomplice escaped, however, Police were able to get his identity as Kasirye Richard. The two suspects rented an apartment where one was arrested and items recovered .


The recovered items include ; Two rifles, Two magazines 32 live ammunitions , A number plate UAM 046J, A Hammer and ome document suspected to be from court.
We want to commend the Police officers who participated in this successful operation .
Inquiries are on going and more details will follow soon.