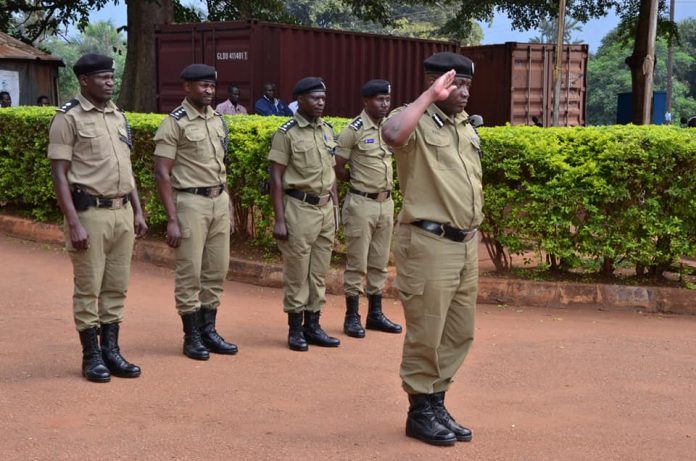 Officers from Masindi District have been urged not to sleep on duty. These were words of SSP Kwerit Christopher, the Force’s Head of Political Education under the Directorate of Chief Political Commissar during the Rectification Campaign in Masindi, Albertine Region.


SSP Kwerit reminded the officers about their Constitutional Mandate and obligation of serving their country but also their duties and responsibilities as Police officers.
He highlighted to the officers characteristics of a good Police officer which he said includes among others, nationalism, patriotism, discipline (which he said is the core of the force) and professionalism.

Kwerit urged officers not to rush to accumulate riches but have hope in the force they serve, be productive and to have hope as they do the day-to-day policing activities.
The Police Rectification campaign in Albertine Region is aimed at boosting personnel morale in the field, listen to challenges affecting their effective policing and also interact with the local community to get their views on how best to improve a force that is accountable to the public and effective in service delivery.


The team has started with Kiryandongo district and later will move to Masindi. The team officers include; ACP Simon Peter Wafana (Head Manpower Audit and Verification), SSP Kwerit Christopher (Head of Political Education under CPC), SSP Wamala Paul from Logistics and Engineering , officers from Exodus SACCCO, Welfare and Crime Intelligence.