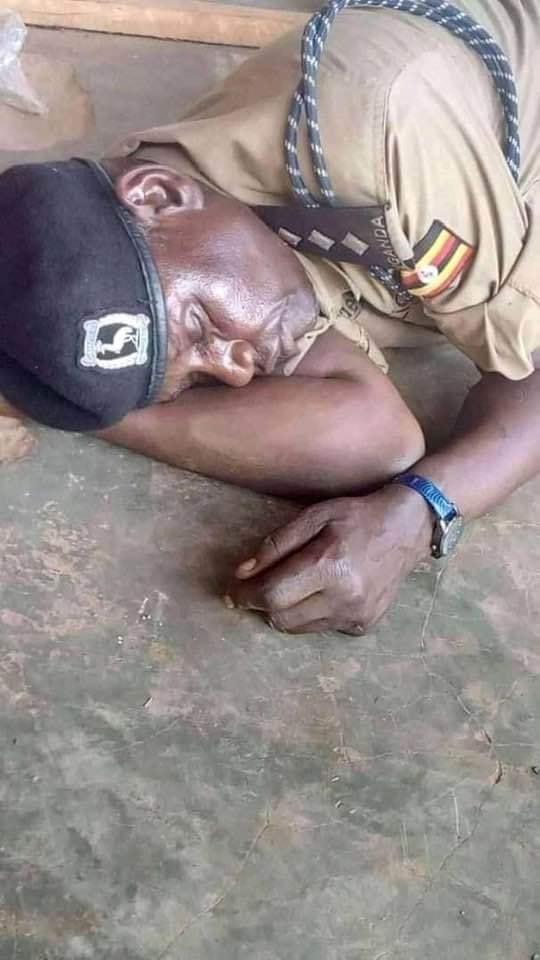 The Territorial Police in Busoga East on Monday charged ASP Masinde Yaser Okot the Regional ICT Maintenance Officer, with discreditable conduct, which on conviction attracts punishment under the Police code of conduct that ranges from reprimand to a dismissal from the force.


The officer has a medical condition of diabetes and last week, his photos went viral, after he was found unresponsive in his compound at Muwayo village, Bugiri district.
According to Police Spokesperson Fred Enanga, Mr. Okot is on medication, but ‘ ‘also continues to drink irresponsibly, despite several attempts by the Regional management, for him to seek treatment for alcohol abuse and also explore healthy ways of living.’’

He adds: After that incident, the officer returned to his village and resumed his poor drinking habits while in uniform and became a nuisance. He was also recorded in another video on Christmas Eve, in uniform while drunk and dancing with two bottles of beer in his hands.


‘ ‘This conduct is completely unacceptable in the force.’’ Enanga said.
Enanga says , As an organization ‘ ‘we expect the highest level of discipline and professionalism from every officer. We continue to be transparent with our actions to the public whom we protect and serve. Therefore, all officers who choose to act in such discreditable manner, will definitely find no place in our institution.’’