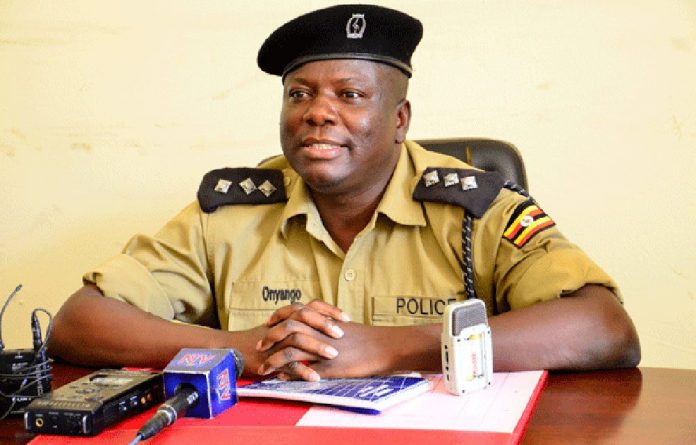 Police in Kawempe on Monday have carried out an operation and arrested eleven hard-core criminals.

The suspects were arrested from various places in and around Kampala, namely Wandegeya, Katwe, Salaama road, Kawempe and other areas.


Among the suspects are two women, who were reportedly used by thugs as spies to locate victims that they are about to rob.

Some of the suspects who were arrested are on our wanted list as their colleagues are already in remand at Luzira Prison.


‘‘We are still looking for others. We have preferred charges of robbery against them.’’ Police said in a statement

Meanwhile Police in Ntinda arrested two suspects at Diamond Trust Bank Ntinda branch.
They have been identified as David Gasumba a resident of Makindye and Akello Mary a resident of Entebbe.

The duo approached a young man whom his boss had sent to go and bank two million shillings and tried to decive him that they have dollars that they are interested in exchanging for Ugandan currency. They convinced the boy that he would get profit.


They took him out of the bank to a nearby resturant but we had already been tipped.

Police went to the restaurant and arrested the duo. On searching them, police says, the suspects had papers that were cut nicely into pieces to depict the size of a dollar, with one Dollar was put on one side and another dollar the another side.
The suspects are currently detained at Ntinda Police station pending court.