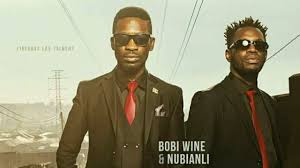 Police has blocked Bobi Wine’s Osobola independence concert slated for tomorrow at One Love beach in Busaabala
On Monday, Police Spokesperson told journalists that Osobola Concert will only happen if the commander in charge of the place where his show is set to happen writes to police. Fred Enanga, told journalists during the weekly briefing that police is yet to receive an official communication from the District Police Commanders where the concert will be held.


However, In a letter dated October 2, signed by AIGP Asuman Mugyenyi on behalf of the Inspector General of Police titled, ‘notification of a music concert and request for security’, the force says they have “regrettably canceled the concert for failure to heed to the minimum security standards asked of the organisers.

“This serves to inform you that the notice to the Inspector General of Police has remarkable efficiencies that do not guarantee lawfulness, safety and security for the public and the organisers. Regretfully, therefore, the staging of the said concert cannot be allowed to proceed until the concerns raised are satisfactorily addressed,” the letter reads in part.

The Inspector General of Police says in the application to police, plans for medical care, traffic control, crowd control, and security were not clearly and specifically given due diligence as per the earlier guidelines given by the concert organisers and therefore police cannot risk allowing the event continue.


“Besides, police would not be able to fully provide the requested for security as our main effort will be on securing the national Independence Day celebrations in Sironko district.”
The Kampala Metropolitan Police commander and the Kampala South Regional Police Commander have been directed to sure the concert does not go on