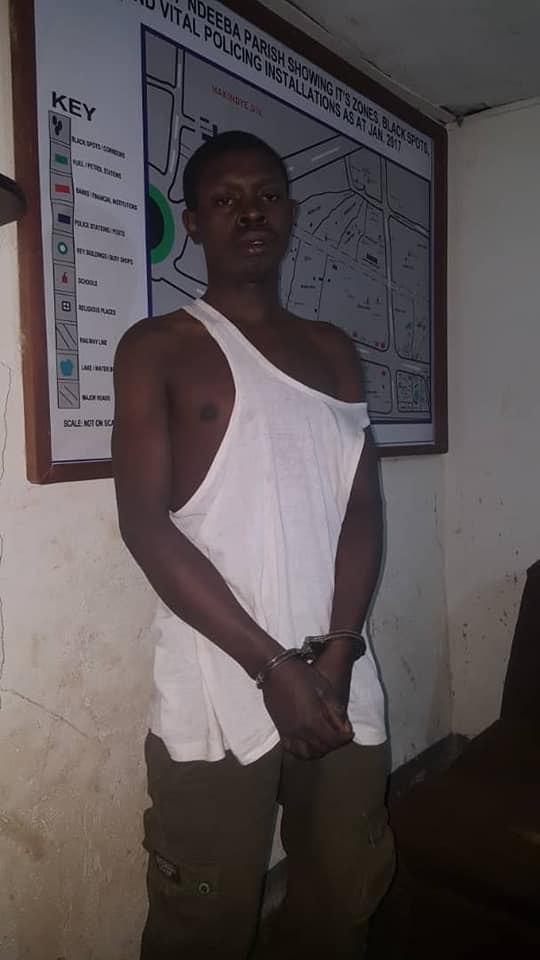 Police have arrested one of the suspects in the gruesome murder of a boda boda cyclist seen on CCTV footage that went viral on social media last month
According to Kampala Metropolitan police spokesperson, Mr Patrick Onyango, The suspect, John Bosco Mugisha was arrested on Tuesday night at Nsike 1 Neba following tip off.


“John Bosco Mugisha and his colleague murdered Mr Derrick Mulindwa, a resident of Nabweru, Nansana Municipality on June 30, 2019,” Police said in a statement.
The two suspected robbers were on June 30 captured on a school CCTV camera strangling Derrick Mulindwa, a boda boda cyclist, in Kakyeka Mengo in Rubaga Division in Kampala.
Police also say Mugisha has been arrested several times and he has been to Luzira Prison many times over robbery cases.

“Mugisha admits that he is the one in the video with his colleague called Young Mulo. He confessed that Young Mulo was killed by the mob on July 3, 2019 on suspicion that they had stolen a motor cycle,” Mr Onyango said.
According to the video clip that went viral, two men [robbers] posing as passengers attacked a boda-boda cyclist who was riding them. The incident was captured by CCTV cameras along Mengo road on Friday, June 28


The camera captured the two thugs red-handed strangling the boda-boda cyclist, who was killed upon reaching the destination.
In the viedo clip, one of the thugs, could be seen holding the victim and twisting his neck until he dropped dead. The second thug picked a huge stone and hit his head several times, until when he killed him.
The suspect will be charged with murder and aggravated robbery.