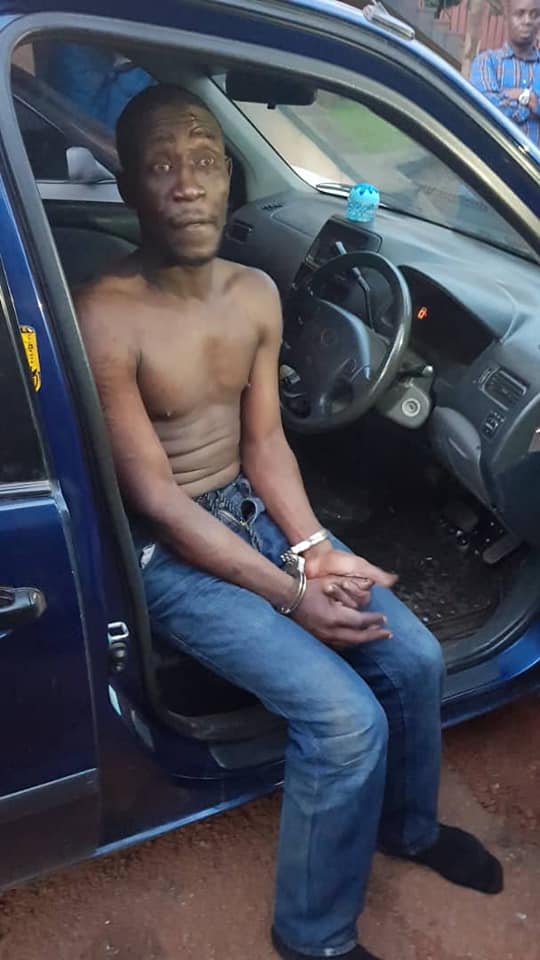 Police in Kampala on Thursday arrested a notorious car robber at Constitutional Square. The notorious thug was identified as Tumwesigye Gordon 37 years is a resident of Kawempe division, Kampala district.


He was arrested while trying to steal a motor vehicle that was parked at the Constitution Square. Police says, the CPS CCTV command centre monitored him coming boarding a boda Boda motor cycle and they started monitoring him.


He was later sighted trying to open cars and officers on the ground were alerted. He was arrested while trying to drive off a motor vehicle registration number UAW 317R.

The suspect admitted to being a notorious car thief who sells the stolen cars to Democratic Republic of Congo.