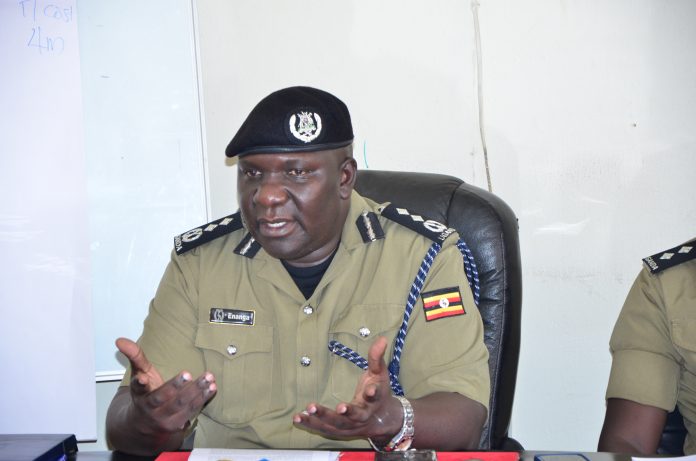 More than 800 police officers on Monday conducted eight separate but well-coordinated raids on major metal business locations that were dealing in suspected stolen pylons and copper wires from electric utilities.


This follows complaints of vandalism and sabotage on the transmission lines of electricity from Karuma to Olwiyo; Karuma to Lira, Karuma to Kawanda and Tororo to Bujagali.
It has been established that criminals climbed up the pylon, past the power cabs to reach the top of the tower, where they would cut the pylons, wires, conductors and tower stabs, which would sometimes lead to the collapse of the pylon.

Theft of metals from utilities also occurred at substation transformers, and on underground pipes and cable wires. It is against this background that thefts from electric utilities and other utilities became one of our highest priorities due to the adverse consequences of service disruptions and its economic impact on our communities.
Intelligence teams picked strong evidence of scrap metal crimes at 117 yards/shops, from Kisenyi business center, Shamba complex, New taxi Park Building, Nakitende, Owino Complex, USAFI Market, Mwanga II, Musajjalumbwa and Muzaana areas. In addition two lone dealers were identified along Mawanda road.


Police says, these dealers have been facilitating criminals who have been vandalizing pylons along the major transmission lines from Karuma dam
According to police spokesperson Fred Enanga, the force managed to recover several suspected stolen metals from several dealers that included; underground electric copper wires, underground water pipes, batteries that are “Not For Sale” a transformer, transformer oil and an assortment of metals scrap and also arrested 30 suspects.


The items recovered are clearly marked and we call upon all utility companies to cross check the scrap metal recovered for identification at KMP headquarters.