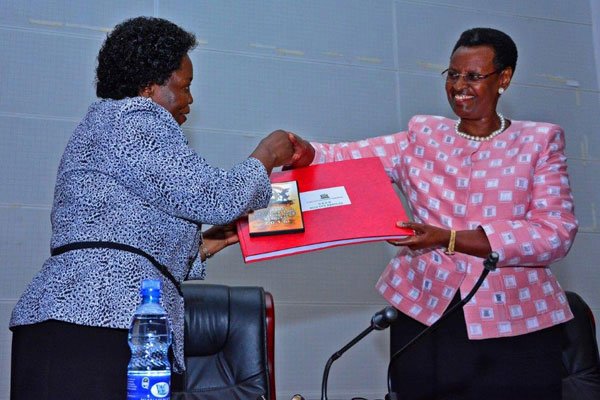 At least 69,243 (10.1 percent) of the pupils who sat for 2019 year’s Primary Leaving Exams (PLE) passed in division one, according to the results released by Uganda National Examinations Board (UNEB) on Friday.

Results of about 1,512 candidates have been withheld pending investigations.
According to UNEB Executive Secretary, Ainamani Arthur Rwakitara from Grand Masion Primary School Nabbingo, Wakiso district was the best blind candidate. He passed in Division 1 with an aggregate of 9.

Exam cheating
Mr Odongo said that although the examination was conducted smoothly, cases of malpractice in some schools were reported. The UNEB withheld results of 1,512 candidates
Mr Odongo said while releasing the results in Kampala that following the fake papers circulated on Social Media prior to the exams, ‘ ‘markers found in some candidates’ scripts excuses such as “this is not the paper we are to do,”
He said malpractice was manifested in form of cases of external assistance given to candidates by third parties inside the examination rooms


On her part , UNEB chairperson, Ms Mary Okwakol said that, In one centre in Mpigi district, a scout reported back to UNEB with Shs500,000 which had been given to her as a bribe for her to allow the teachers of the school to write answers for the candidates


Best and worst subjects
Science was the worst performed subject. The number of students that were able to obtain Distinctions 1 and 2 dropped sharply form 13.9% in the previous year to just 4.9%. English language was the best performed subject as the Distinction rate rose from 6% to 7.6%.
In SST, the candidates who passed with Distinction 1 and 2 increased to 14.0% up from 12.1% in the previous year, whereas the math distinction rate stood at 6.2%.
UNEB Secretary General revealed that candidates continued to show failure in expressing themselves freely while answering questions and performed better in direct questions.


Ms Mary Okwakol said 68.2% of the candidates who sat PLE were beneficiaries of Universal Primary Education (UPE).
She said more girls have continued to remain in school at least up to completion of PLE. ‘‘We have observed this trend for the last five years. This could be because of increased sensitization of the need to keep the girl child in schools,” she said.