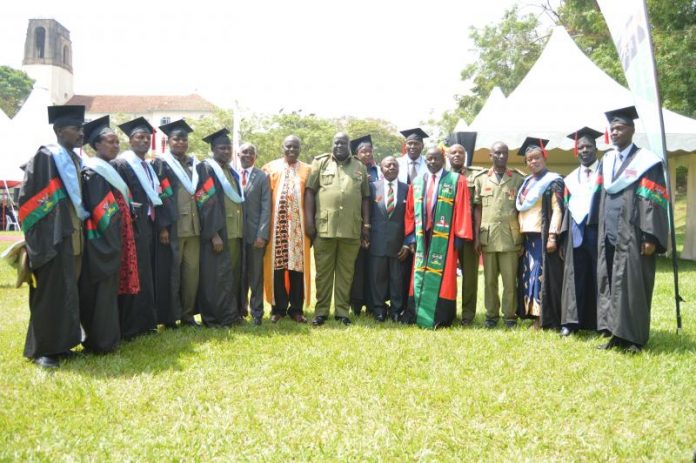 
Others are; Mwebaze Harriet, Nangamba Ronald, Nyonyi Godfrey Renutus, Owamagyezi Gilbert, Sichei Naibei Anthony and Wamunddu Cassette
The Masters of Arts in Defence and Security Studies was introduced in 2015 following a Memorandum of Understanding signed between Makerere University and the Ministry of Defence in 2014 with the aim of professionalizing the army.

The programme is offered to UPDF Officers and is taught by members of staff from the Department of Political and Public Administration, Makerere University.
The programme is aimed at reinforcing the capacity of soldiers in the region to among other issues tackle the ever growing threat of terror.