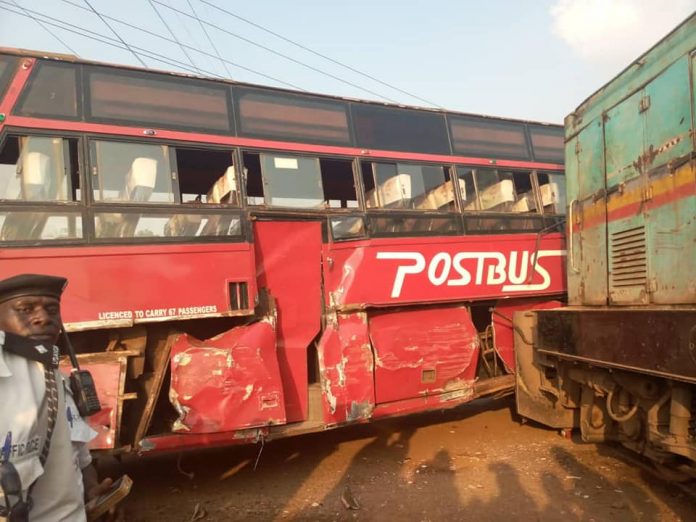 There was a minor accident at around 5pm between a Post Bank Bus and a train. The accident happened on Sunday at a railway line near Ggaba Kibuli Traffic lights.


It’s alleged that while other cars had stopped to give way to the train since it was horning, Post Bank Bus registration number UAP 731U, hurriedly crossed the railway line knocking the train that was on its rail.

Fortunately no one was injured, the Driver of the Bus is currently unknown and on the run.
Police says investigations into the matter are ongoing