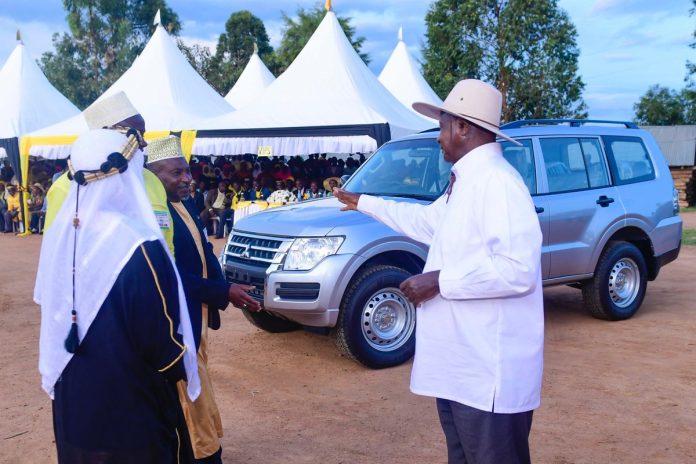 At Kakoba in Mbarara Municipality, president Museveni witnessed the installation of Sheikh Abdullah Mukwaya as the District Khadi.


‘‘I congratulate the new Khadi upon his election and urge him to foster unity. This unity should be emulated by the entire Muslim community in the country.’’ The president said.


He added: I commend the progress the Muslim community here is making by building a mosque and related facilities. Government is going to support them.