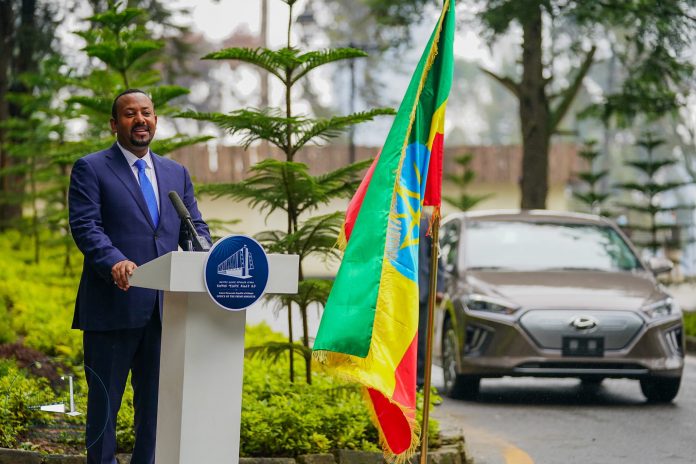 The decision to assemble electric cars in Ethiopia follows the request put forth by the Prime Minister to the Hyundai President.

Fully battery operated and with no emissions, Prime Minister Abiy noted how such investments support the country’s climate resilience and greening ambitions.

Unique to Ethiopia, the electric car does not require charging at terminals and can rather be charged anywhere.

In its first year of production, the company plans to sell between 15,000 to 20,000 of its products. Though the company expects penetrating the market will be challenging, they still believe they will be able to triple production in three years.

The electric vehicles can go up to 40Km/h and are charged using standard 220v electric outlets. The vehicles take between four and six hours to get fully charged and can travel up to 60Km on one charge.
The company imports spare parts from China and sells electric bikes.


Tom also sells a range of other electric engines such as motorcycles for the disabled, load carriers, trolley box carts, and construction and farming motor vehicles
The company entered into a public-private-partnership agreement with the Nifas Silk Poly Technic College on June 19, 2019, that allowed it to open its production plant in one of the buildings located inside the College.
According to the agreement, Tom will provide training to students in their last year of education. The company will also hire at least 50pc of the graduates of the auto mechanic department every year. The department currently has around 1,200 students.