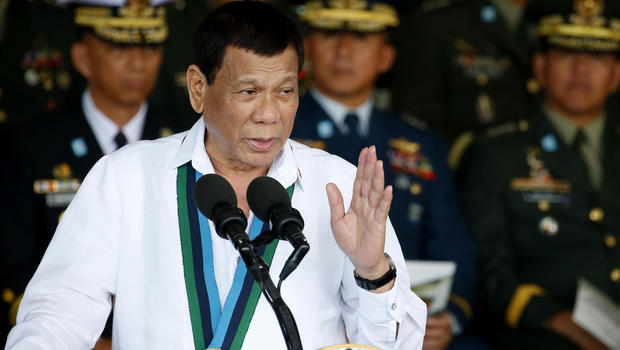 The United Nations human rights chief has said that Rodrigo Duterte, President of the Philippines, needs a psychiatric assessment after his government included a UN special rapporteur on a list of 600 people they want classed as “terrorists”.


Victoria Tauli-Corpuz, a UN expert on the rights of indigenous peoples, was included on the list of alleged communist guerrillas.
She was listed in a government petition, alongside others including a Catholic priest and a former congressman, that was recently submitted to a Manila court.
In response, the UN high commissioner for human rights said it was time to take a stand in response to the President’s latest controversial actions.

Zeid Ra’ad Al Hussein said: “He needs to submit himself to some sort of psychiatric examination. This kind of comment is unacceptable. These attacks cannot go unanswered; the UN human rights council must take a position.”
Ms Tauli-Corpuz, who has been in the post since 2014, denounced the government, calling the complaint “baseless, malicious and, irresponsible”.
Many human rights activists have jumped to condemn the Filipino leader, who recently started a campaign against communist rebels and has a history of taking controversial actions against those he considers criminals.
The country’s justice ministry recently called for the Communist Party of the Philippines and the New People’s Army to be declared terrorist organisations.


The most controversial quotes from Rodrigo Duterte
Now, branding individuals terrorists will allow the government to be able to monitor them more closely, track finances and curb access to resources, among other measures.
After coming into power in 2016, Mr Duterte took steps to find a solution to a long-standing conflict, even putting leftist politicians in his cabinet.
But since peace talks failed, he instead started a campaign against the groups.
The petition claimed that rebels were trying to overthrow the government by “using acts of terror” to sow fear and panic.


Carlos Conde, Philippines researcher with the New York-based Human Rights Watch, said the petition was “a virtual hit list”.
Mr Duterte has long been known for a range of controversial moves, comments and decisions.
The International Criminal Court recently launched a preliminary investigation against him over his bloody war on drugs. It aims to work out if it can charge Mr Duterte for the deaths of thousands of Filipinos during the crackdown.
Official figures state that around 4,000 of his countrymen were killed by police during the internationally criticised campaign.


But activists believe the number of dead is actually much higher.
Mr Duterte’s actions have been criticised by Human Rights Watch for alleged extra-judicial killings and he has often been condemned for making controversial, misogynistic or violent comments.
He reportedly told soldiers to shoot female communist rebels in their genitals.
He also recently advised people against using condoms as “it is not satisfying”, despite a surge in cases of HIV in his country.
////independent.co.uk