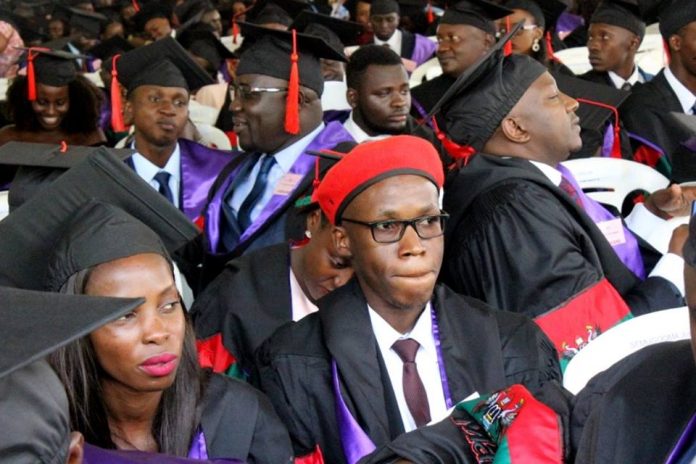 Saasi Marvin, graduated with a Bachelor of Laws degree from Makerere University.
Bobi Wine described Marvin is a ‘‘brilliant, confident and courageous young Ugandan. When the regime called us hooligans for demanding to be governed better, Marvin declared himself ‘the self-appointed spokesperson of the People Power hooligans’.’’


Defiantly branding himself ‘proud hooligan’, he figured that it is more noble to be called a ‘hooligan’ for speaking against injustice, than be regarded ‘gentle’ for keeping silent in a time of great moral conflict. In his small frame lies a lot of will, resolve and determination to see Uganda get better.

Bobi Wine says, Marvin is an example of the thousands of young people who inspire me each day for their wit and charisma.

read more: Where are Uganda’s graduates?