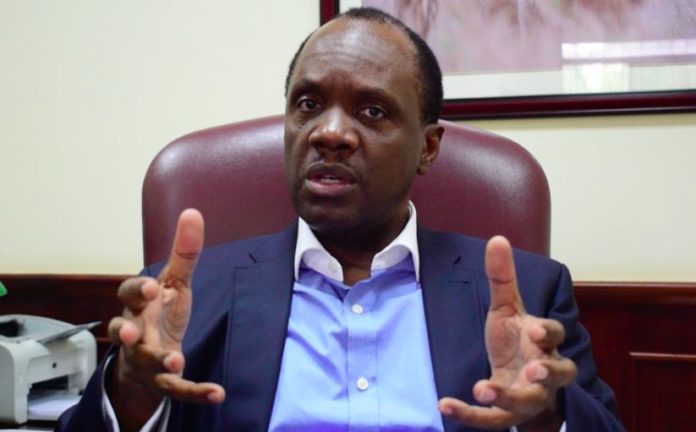 By Andrew Muhimbise
In April 2018, president Museveni wrote a tough letter to UMEME Limited through the Minister of Energy on the excessive power tariffs and voila!


The letter is said to have thrown the management of country’s only power distribution company whose contract expires in next seven years in panic.

First forward, the Permanent Secretary Ministry of Gender, Mr. Pius Bigirimana who is said to be close to President Museveni was duly appointed Umeme Director (casual) awaiting ratification at the 2018 Annual General Meeting (AGM).
The AGM was held at Sheraton Hotel in Kampala. However, Mr. Birigirima was rejected while four nominees were approved.


A blow by blow account at the Umeme AGM

The Umeme Chairman, Mr Patrick Bitature, asked board members up for re-election and ratification to make their case to the shareholders’ which is basically the heading of their profiles printed out in the annual report.

The Chairman asked the Directors up for re-election and ratification to leave the AGM room to allow for free and fair voting, which do.


Board discards omnibus voting, which is standard board voting to avoid surprises, uses individual ‘board member, merit voting.

All others are smoothly elected and Bigirimana is the last member to be put to vote.

Mr Bigirimana has 89 votes for and overwhelming majority against, so Chairman reverts to voting by shareholding.


NSSF proxy Marvin Galiwango Nkugwa and Ms Roselyn Ochola of Stanchart Custodial services holding proxy for several Top ten shareholders both combined representing more than 60% at the meeting all confirm their vote for Mr Bigirimana.
Momentum against Mr Bigirimana is building and in further sparked by a young gentleman asking the Chairman ‘‘Why Bigirimana should be Director’’


read: Who exactly owns UMEME?- contract renewal is as treacherous as treason

The Chairman replies; ‘‘he can easily access UMEME to the President.’’

This response incited the UPC stalwart Mr Yona Kanyomozi to add his voice saying there are several able people other than Mr Bigirimana who can access UMEME to the President.

The meeting heats up and another young gentleman buries the argument by saying Mr Bigirimana is a spoiler in whichever Ministry he has worked in.


read: How Patrick Bitature got onto the distressed companies list

To return sanity to the meeting Chairman withdraws the ratification of Director Bigirimana to members’ applause.

The spontaneity could have been sparked by Bigirimana’s recent interactions with the ongoing land commission where he effortlessly flipped a 50m land investment into 500m and OPM saga where he whistle blew technically against himself, one of those spontaneous public displays against perceived theft of government property.

read: Bigirimana blames MAFIA’s after he was rejected to join Umeme board

The writer is an Investor at the Uganda Securities Exchange