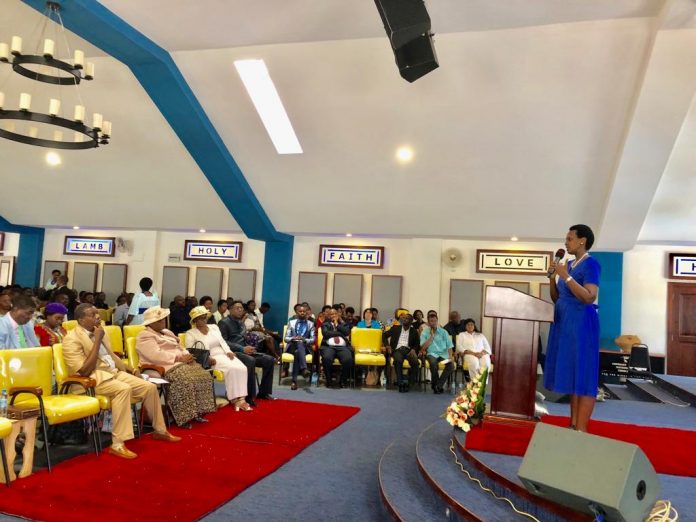 April Last year, Patience Rwabwogo, 41, second daughter of President Museveni recounted how God called her to be a Pastor

‘ ‘In about 2005,…….. Every night for about a year I could see the same thing; an image of the continent of Africa. In this vision, Africa was dark, and I would hear a voice that would say; out of what was called darkness will come a great light. And then I saw someone blowing a great trumpet – then a light started coming out of Uganda. It started as a very small light but grew bigger and bigger. As it grew bigger it expanded into other parts of Africa, until the whole continent was full of light. Then it started going out of Africa to the world.’’ Pastor Patience Rwabwongo said.

She added: And the Lord said, the light will come from within you – meaning us. He said; just as a life is changed from the inside out, Africa will be changed from the inside out. He said; you are always looking outside yourself, looking to other people/countries to be your light, but the light is inside of you. And as that light shines brighter, it will go out to other nations.’’


‘ ‘My last question to God was who is that person blowing the trumpet? He said to me; you are the one blowing the trumpet. I was very surprised, I didn’t understand what God was taking about. I tried to ignore that Voice for about a year. In 2006, I was attending a conference somewhere and the Lord said; you are either going to follow me, and follow my path, or you are going to go your own path. That day I made the decision to follow God’s path not knowing where it was going to lead me.’’

Patience Rwabwongo is the lead Pastor of Covenant Nations Church