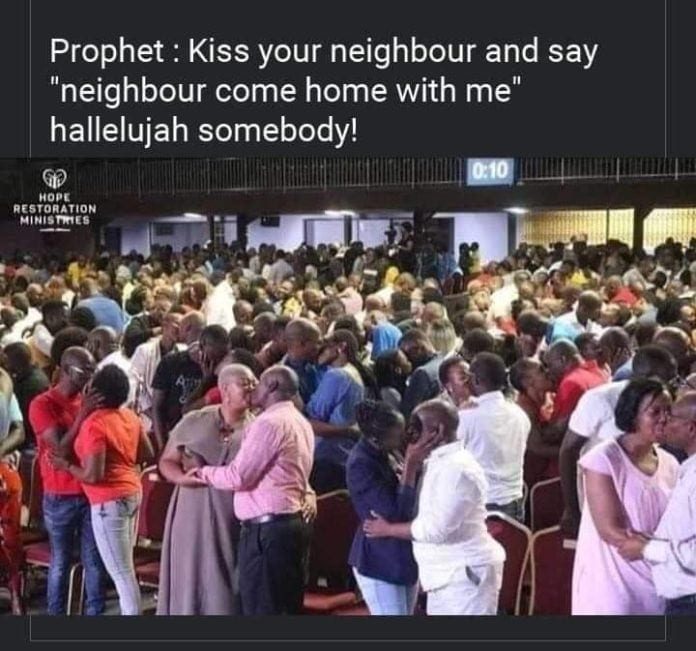 South African pastor surprised many when he ordered his congregants to kiss one another indiscriminately in church when service was ongoing.

The pastor of Hope Restoration Ministry has ordered his church members to lock lips. You guessed right, the members dumbly obeyed the command without questioning the reason behind it.


In the photo that has gone viral on social media with much traction, the church members, as they have been taught, obeyed the pastor and each was captured kissing another person.


Hope Restoration Ministry is said to be one of the biggest churches in South Africa with a large following.


Hope Restoration Ministries based in Chloorkop, Kempton Park was founded in 2001 by Siphiwe and Phindile Mathebula.