Home Business Over 60% of the world’s cobalt, a key item in the manufacture...

Even though the Democratic Republic of the Congo is one of the richest sources of mineral wealth in the world, the people of the country remain among the globe’s poorest.
Even worse, many of the miners are children, risking their lives to try and save their families from poverty.
Dominicans for Justice and Peace, a Catholic NGO, have been raising awareness on the issue at the United Nations.
The organization’s program coordinator, Laurence Blattmer, told Crux that children are subjected to heavy work at a young age, such as cleaning, sorting and transporting minerals.


“In most documented cases, the age of these children varies between 9 and 15 years,” she explained. “However, there are also younger children who accompany their mothers into the mines.”
This is especially a problem in the artisanal mining sector, which are small individually owned mines not associated with larger mining companies.

Blattmer said children work long hours and in dangerous conditions without any protective or safety measures.
“The exploitation of children in the mining sector is a major obstacle to the realization of their right to education. Mining and the mineral trade divert students living near mine sites from their way to school,” she said.
“Working in the mines provides a small livelihood, which is not insignificant for families living in extreme poverty. Families sometimes prefer to send their children to the mines so that they can bring home some money rather than send them to school, which is not free most of the time,” Blattmer continued.


‘Children are subjected to heavy work at a young age, such as cleaning, sorting, and transporting minerals. In most documented cases, the age of these children varies between 9 and 15 years. However, there are also younger children who accompany their mothers into the mines. Children work long hours and in dangerous conditions without any protective or safety measures. They work in barely tolerable heat, in clouds of red dust with very little light, amidst the cries of the miners and the sound of hammers in the shafts.’’


On why the DRC with such huge mineral wealth, and yet its peoples have remained so chronically poor?
Blattmer said : One of the main problems is the corruption and misallocation of funds from the mining sector for the socio-economic and cultural development of local communities.In order to support the economic, social and cultural development of communities affected by industrial mining activities, the revised mining legislation of 2018 established two mechanisms for the direct sharing of certain revenues from the mining sector between the central state, provinces and decentralized territorial entities/local communities.’’


‘’These mechanisms include the payment by mining companies of 15 percent of mining royalties to local entities where mining projects are carried out. However, the funds from this 15 percent mining royalty are shared between the local government and the provincial entities and are essentially allocated to consumer spending and operating costs of local entities in lieu of projects allowing for the realization of the economic, social and cultural rights (ESCR) of local communities.’’
cruxnow 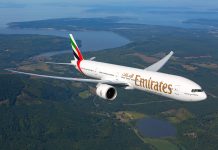 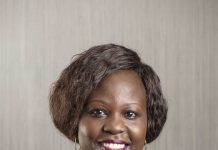 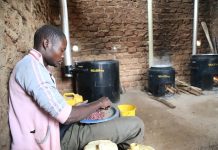