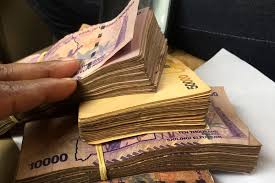 By Stephen Kaboyo
The Uganda shilling lost ground earlier in the week on account of elevated demand from energy firms, manufacturing and importers.


In the regional currency markets, the Kenya shilling weakened, reversing its previous gains due to significant dollar demand mainly from importers. Trading was in the range of 100.05/25.
In the global markets, the US dollar pulled ahead from a nine day low largely helped by the pound snapping back after a sharp rally that was driven by Brexit political developments. Earlier the greenback had taken a knock on soft US economic data.

Outlook indicate that shilling will likely hoover around the current levels as mid -month market dynamics limit the demand for dollars.