Home Business Outlook for the shilling: demand to remain at a low ebb 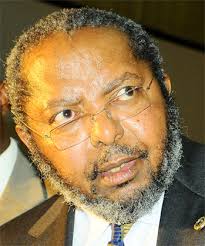 The Uganda shilling was relatively stable, trading within range as market demand was evenly matched by the inflows.
Trading was in the range of 3747/57. In the interbank money market, overnight funds traded at 6.50% while one week traded at 10%

In the fixed income market, a Treasury bill auction with 195 billion on offer was held. Yields marginally declined across all the tenors and came out at 10.800%, 12.400% and 13.501%, for the 91, 182, and 364 days. The auction was hugely oversubscribed.
In the regional currency markets, the Kenya shilling was quickly coming under pressure due to increased demand from importers of oil and other commodities as they close out payments for orders ahead of the festive season.


In international markets, the US dollar gained against other major currencies as the Federal Reserve kept interest rates steady but reaffirmed its monetary tightening, setting the stage for a rate hike in December.
On the other hand, the US midterm elections outcome that markets interpreted as a gridlock at Capitol Hill, came in support of the greenback with expectation that chances of further fiscal stimulus and tax cuts will be minimal.


Outlook for the shilling indicate a range bound unit as mid-month market dynamics set in. It is likely that demand will remain at a low ebb.