Home Lifestyle Onyango is a great goalkeeper, He should be playing in Premier League... 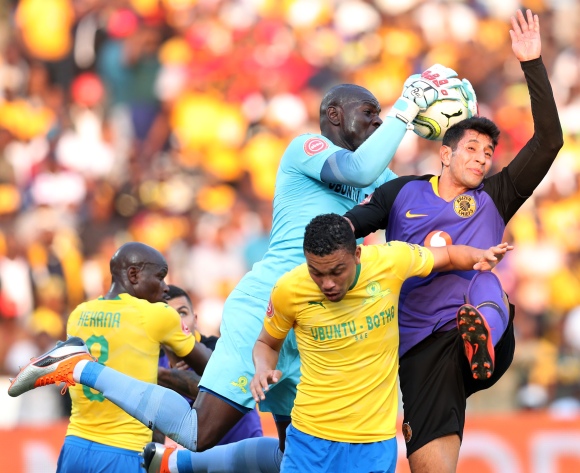 Uganda’s first choice goalkeeper, Denis Onyango, will retain the captaincy of the Cranes under new head coach Johnny McKinstry who described the player as “a huge asset to the team.”


The Mamelodi Sundowns goalkeeper, Onyango, 34, has been wearing the armband since April 2017 when former Cranes tactician Milutin ‘Micho’ Sredojevic named him as a replacement for retired striker Geoffrey Massa.
“Denis as a footballer, he comes with the full package. He is second to none.’’ McKinstry told BBC Sport
Onyango played a key role in guiding Uganda to the 2017 Africa Cup of Nations in Gabon, ending an absence of 39 years from the continental showpiece event, and was also part of their 2019 Nations Cup campaign in Egypt.

He also helped Mamelodi Sundowns win the African Champions League title in 2016 and was subsequently named as the Caf African Player of the Year based in Africa. He has been named as the best goalkeeper on the African continent three years in a row.
Onyango kept six clean sheets in the 2018 Fifa World Cup qualification campaign and conceded just two goals – one each against Egypt and Congo.


McKinstry’s first assignment is an international friendly against Ethiopia on 13 October in Bahir Dar
The Northern Irishman has summoned only foreign-based players because the locally-based contingent have a 2020 African Nations Championship (CHAN) qualifier against Burundi on 18 October.


McKinstry begins his reign with the task of qualifying Uganda to a third consecutive Africa Cup of Nations while also eyeing a first ever Fifa World Cup appearance preferably for Qatar 2022.
//BBC