Home Politics Only in Africa: President represented by his photograph at state event 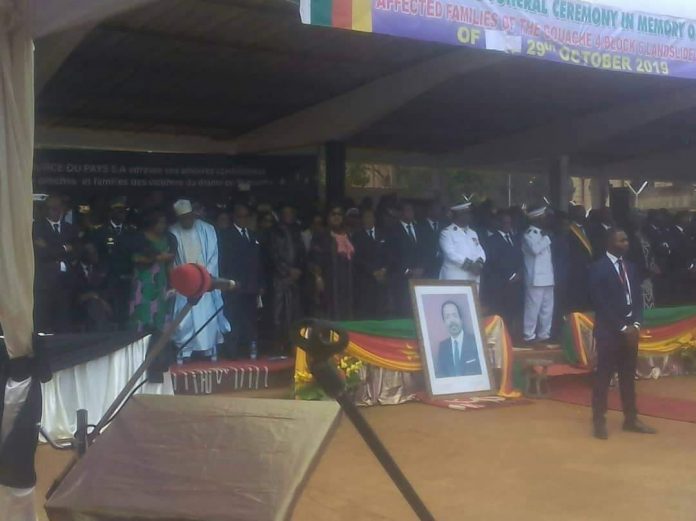 
Biya’s picture represented him at the Bafoussam event to pay hommage to some 43 Cameroonians who died in a landslide. Flags were raised at half-mast in their honor.
Biya, one of Africa’s longest serving presidents, has been in power for 36 years. Biya has been serving as the President of Cameroon since 6 November 1982.

Last year, Biya, formally declared that he will run again in the country’s upcoming elections, seeking a seventh term.
Biya has been head of state since 1982, when he took over following the resignation of Ahmadou Ahidjo who was in power since independence in 1960.


“Aware of the challenges, we must take up together to ensure a more united, stable and prosperous Cameroon. I am willing to respond positively to your overwhelming calls. I will stand as your candidate in the upcoming presidential election,” Biya said in a Twitter post


If re-elected, Biya could extend his rule well into his 90s. Only Teodoro Obiang Nguema Mbasogo, the president of Equatorial Guinea, has ruled uninterrupted for longer in Africa.

read: 14 African presidents who have gone for a 3rd term or presidency-for-life