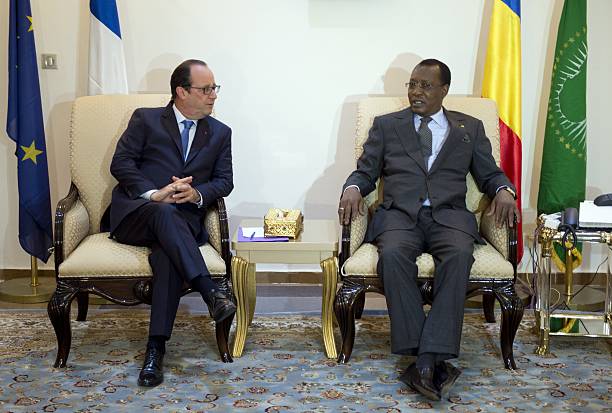 
France is back at its heroics in Francophone Africa and it is embarrassing for the continent of Africa for several reasons. Oeil D’Afrique reports that Paris will help Chad pay its civil servants.
According to the report, “A loan of 40 million euros will be used to pay the salaries and pensions of Chadian officials.” The French Development Agency is said to have provided the information, with 30 million to be used to pay the December wages of 90,000 workers and the rest to pay more than three months of pensions. The loan is for a “20-year term” with a preferential interest rate and AFD says the loan falls within Chad’s debt sustainability criteria. Further, France has donated 10 million Euros for the health sector.

The first issue is: Why is Chad borrowing money to finance recurrent expenditure? It clearly means this is a government that is simply not developing anything and failing to meet its month to month obligations.
Leonard Uguru in the IOSR Journal of Business and Management makes a poignant statement on this tendency to finance recurring expenses using borrowings, ” A government that spends a greater percentage of its public debt on recurrent expenditure is bound to remain an undeveloped economy without positive future.” Chad is using a whole loan to finance salary payment and this cannot be sustainable under any circumstance.
Secondly, why is Chad even borrowing? Chad is said to produce 100 000 barrels of oil daily but the World Bank says, “However, the combined effect of the 2014 drop in oil price and the weak security environment have left the country in deep recession, with poverty expected to rise to 39.8% by 2019.”


It is a most unfortunate validation of the former colonial power subtly reaffirming: You were better off with us in charge. To the World Bank, the solution is fairly simple in the short term: raise more fiscal revenue while reducing expenditure. In the medium term, the country should establish a stabilization fund, diversify the economy, and find ways to mitigate regional security risks.


But the global tumble of commodity prices is not in itself the only problem. The country is highly corrupt with Transparency International ranking it 165th of 180 countries, with a paltry score of 20 out of 100. Attempts to arrest high-level officials have been dismissed as politically motivated and thus pointless. The problem with the Chad situation is that it mimics the problems bedeviling many countries on the continent. It becomes an unnecessary indictment of African independence when post-colonial countries have to depend on the benevolence of their former colonial masters
/// africanexponent