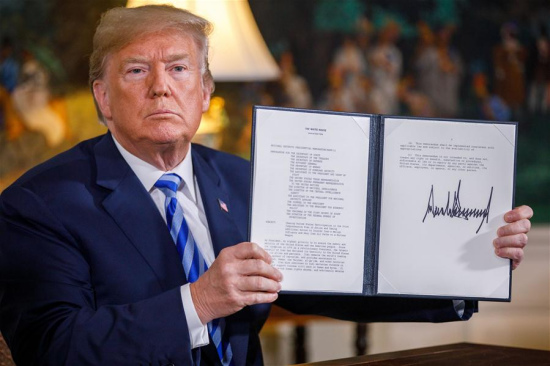 
Both main crude contracts had already been rising in recent weeks, hitting 3.5-year highs, on expectations Trump was going to withdraw from the 2015 pact that had opened up Tehran’s atomic programme in return for an easing of sanctions.

“The geopolitical repercussions of this decision will no doubt be widely felt, and due to as many as one million barrels of crude supply per day being effectively taken off the market when these sanctions are enforced, it represents a large supply-side shock for crude and this has driven the price up to its highest level since 2014,” said David Cheetham, chief market analyst at traders XTB.
Benchmark oil contract Brent North Sea crude hit $77.20 dollars Wednesday, the highest level since November 2014. New York’s WTI contract reached $71.17 also the highest for 3.5 years.


Oil’s surge helped lift shares prices in energy majors, with Royal Dutch Shell and BP up more than two percent approaching midday in London.
“Both these firms have seen their share price rise to its highest level in several years,” said Cheetham.
“The gains have boosted the broader index with the FTSE 100 close to its highest level since January.
“The oil-and-gas sector accounts for roughly one-sixth of the benchmark, and the recent gains in this area are lifting the whole index,” he added.
Saudi Arabia, the world’s largest oil exporter, has meanwhile said it will take all necessary measures to prevent supply shortages.


Trump reinstated US sanctions which could curtail Iran’s ability to export oil, its mainstay for public revenues.
US withdrawal from the accord, which had been agreed by Britain, China, Germany, Russia and the Obama administration was confirmed as Trump called it “defective at its core”.
Iran’s President Hassan Rouhani said his country could resume uranium enrichment “without limit” but would discuss its response with the other signatories before making a decision.


With the move already priced into markets, oil’s main contracts, Brent and WTI, sank soon after Tuesday’s announcement, with some commentators suggesting Trump could still pedal back on some of his rhetoric and shift to a more diplomatic tone.
However, they bounced back strongly in Asian deals Wednesday. There was talk that crude could continue rising to $80 a barrel, with gains helped also by uncertainty in oil-rich Venezuela, an OPEC-Russia output cap, improving global demand and data pointing to a drop in US energy stockpiles. 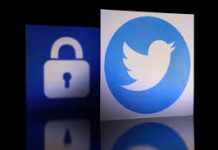 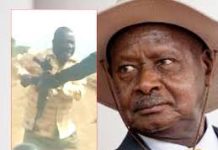 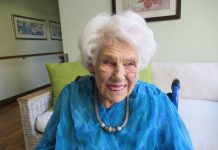