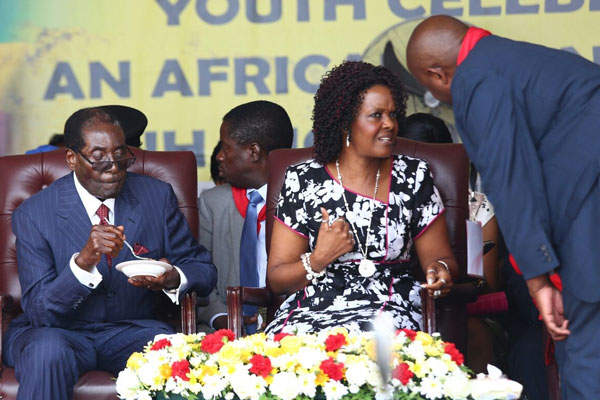 
Zimbabwe has made former president Robert Mugabe’s birthday a public holiday, a state daily reported Monday, nearly a week after the long-time ruler stepped down.
“It is hereby declared that February 21 of every year henceforth shall be a public holiday to be known as the Robert Mugabe National Youth Day,” The Herald newspaper reported, citing a government gazette.


The move follows intense lobbying by the ruling ZANU-PF party’s youth league and came weeks after the country’s biggest airport was renamed after the veteran politician who ruled Zimbabwe for nearly 40 years.
Zimbabwe’s International Airport was recently renamed Mugabe International Airport. Zimbabwe’s school of intelligence was named after him while a $1-billion Robert Mugabe university is also in the works. Several buildings and roads across the country are also named after him.


Meanwhile, Ousted Zimbabwe finance minister Ignatius Chombo, charged with three counts of corruption in offences that allegedly took place two decades ago, was denied bail on Monday and will be detained in custody until his case is heard on Dec 8.

According to Reuters, Chombo,faces charges including trying to defraud the central bank, was detained after the military seized power in “Operation Restore Legacy”, which it said was meant to remove “criminals” around former president Robert Mugabe.


The magistrate who detained Chombo said the former minister could abscond, influence state witnesses or be the target of a mob attack over the allegations that he abused his position.
Chombo, who was appointed finance minister in October, was among members of the G40 political faction allied to Mugabe and his wife, Grace, who were also expelled from the ruling ZANU-PF party.

READ: ‘‘People are chameleons’’ Says Mugabe as he moves into farming at his rural home