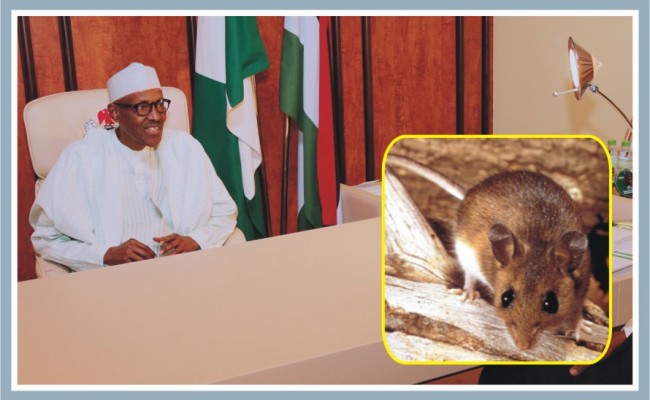 Nigeria’s president will spend three months working from home after his office was damaged by rats.


Muhammadu Buhari has just returned from three months in the UK, amid widespread concerns over his health.
But government spokesman Garba Shehu said the office required renovation after damage was done to the furniture and air conditioning in his absence.
He told the BBC the president had a “well-equipped” office at home that he could work “perfectly” from.
Mr Buhari returned to Nigeria on Saturday, but did not reference his health in his first speech.

Some Nigerians had called for him to resign during his prolonged absence, saying he was unfit to run the country.
Others were angered by officials’ refusal to disclose what Mr Buhari was being treated for.


He first travelled to London in June 2016 for what his office said was a persistent ear infection. He returned in January and May this year for an undisclosed illness.


“There’s nothing at all to worry about as to the condition of his own health. From everything we have seen from the president – we have a new Buhari: energetic, well focused and it is clear he is enjoying excellent health,” Mr Shehu told the BBC’s Focus on Africa programme.
“He has recovered, so there is nothing to talk about in any speech.”