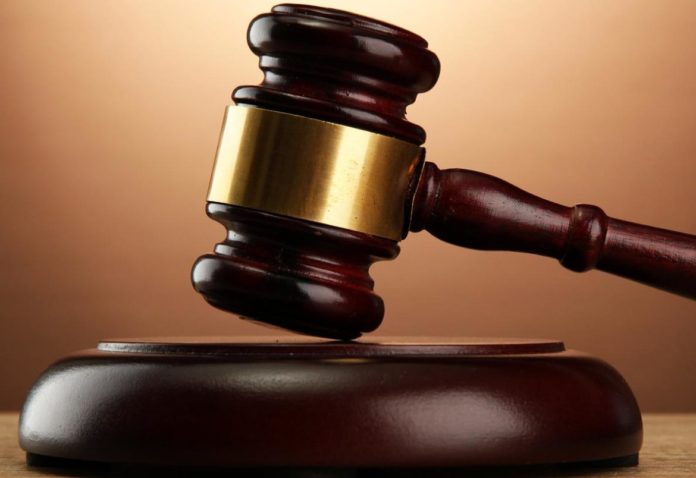 A Federal High Court in Lagos on Tuesday ordered the federal government to “immediately release to Nigerians information about the names of high ranking public officials from whom public funds were recovered and the circumstances under which funds were recovered, as well as the exact amount of funds recovered from each public official.”
The judgment was delivered by Justice Hadiza Shagari following a Freedom of Information suit number: FHC/CS/964/2016 brought by Socio-Economic Rights and Accountability Project, SERAP.
The suit followed disclosure last year by the federal government of funds recovered from some high-ranking public and private individuals.
In her judgment, Ms. Shagari agreed with SERAP that “the Federal Government has a legally binding obligation to tell Nigerians the names of all suspected looters of the public treasury past and present.”


Joined as defendants in the suit are the Minister of Information, Lai Muhammed, and the Federal Ministry of Information and Culture.
Justice Shagari also granted the following reliefs:
A declaration that by virtue of the provisions of Section 4 (a) of the Freedom of Information Act 2011, the defendants are under a binding legal obligation to provide the plaintiff with up to date information relating to the following:
To widely disseminate including on a dedicated website information about the names of high ranking public officials from whom public funds were recovered since May 2015
The circumstances under which stolen public funds were returned
SERAP said it is now processing a certified true copy of the judgment.

Timothy Adewale, SERAP deputy director who argued the case on behalf of the organisation and was in court when the judgment was delivered, said, “This is a victory for justice, rule of law, transparency and accountability in this country. The judgment shows the way forward in the fight against corruption and impunity of perpetrators. We will do everything within the law to ensure full compliance by President Muhammadu Buhari and Acting President Osinbajo with this landmark judgment.
It would be recalled that the Ministry of Information last year published details of the recoveries, which showed that the Nigerian government successfully retrieved total cash amount N78,325,354,631.82, $185,119,584.61, £3,508,355.46 and €11, 250 between May 29, 2015 and May 25, 2016.
Also released were recoveries under interim forfeiture, which were a combination of cash and asset, during the same period: N126,563,481,095.43, $9,090,243,920.15, £2,484,447.55 and €303,399.17. Anticipated repatriation from foreign countries totalled: $321,316,726.1, £6,900,000 and €11,826.11. The ministry also announced that 239 non-cash recoveries were made during the one-year period. The non-cash recoveries are – farmlands, plots of land, uncompleted buildings, completed buildings, vehicles and maritime vessels.


Subsequently, SERAP issued an FOI request and gave the Minister of Information, Lai Muhammed, 14 days to disclose the names of all suspected looters.
The request reads in part: “While we believe that suspects generally are entitled to be presumed innocent until proven guilty by a court of competent jurisdiction, SERAP opposes blanket non-disclosure of names of high-ranking public officials from whom some of the funds were recovered.”
“SERAP insists that the public interest to know is greater than any other legitimate interest that the government might wish to protect. The Nigerian government has an obligation to balance whether the risk of harm to the legitimate aim (that is secrecy of ongoing corruption investigation and presumption of innocence) from disclosure of the names of public officials is greater than the public interest in accessing the information.”
“According to public interest test, even if the government demonstrates that the publication of the names of public officials would substantially harm a legitimate interest, it is nevertheless obliged to disclose the requested information if, as it is the case here, the public interest in disclosure is sufficient enough to overweigh the harm.”


“SERAP believes that the recoveries, specifically from high-ranking public officials (and not private individuals), are matters of public interest. Publishing the names of those public officials will provide insights relevant to the public debate on the ongoing efforts to prevent and combat a culture of grand corruption and the longstanding impunity of perpetrators in the country.”
“The gravity of the crime of grand corruption, the devastating effects on the socially and economically vulnerable sectors of the population, and the fact that recovery of huge funds from high-ranking public officials entrusted with the public treasury raise a prima-facie case and therefore amount to exceptional circumstances that justify naming those high-ranking officials in the public interest.”
“SERAP also argues that Nigerians are entitled to the right to truth derived from the obligations of the government to carry out an investigation of violations of human rights and crime of corruption committed within its jurisdiction; to identify, prosecute and punish those responsible; and to ensure that victims have the simple and prompt recourse for protection against violation of fundamental rights, as well as to ensure transparency in public administration.”
“SERAP believes that the right to truth allows Nigerians to gain access to information essential to the fight against corruption and in turn development of democratic institutions as well as provides a form of reparation to victims of grand corruption in the country.”


“Publishing the names of public officials involved could go a long way in preventing senior public officials from turning the public treasury into a private cashbox. SERAP argues that the public interest in publishing the names of the high-ranking government officials from whom funds were received outweighs any considerations to withhold the information, as there would be no prejudice against those whose names are published as long as the information is appropriately framed and truthful.”


“There is a general public interest in promoting transparency, accountability, public understanding and involvement in the democratic process. While the government in some limited cases can legitimately place restrictions on the public’s right to access certain information, attempts of the Nigerian authorities to justify the total closure of information related to the names of public officials from whom funds were recovered on the basis of “ongoing criminal investigation” and “presumption of innocence goes far beyond the limitations allowed under international law, and would promote secret recoveries.”


“The information being requested is not related to detailed investigatory activities of anticorruption agencies regarding the recoveries so far made. Similarly, the mere fact that the information being requested is related to ongoing investigation does not necessarily mean that the information could not be disclosed. In addition, governmental agency has the obligation to prove that the disclosure of the names of public officials would disrupt, impede, or otherwise harm the ongoing or pending investigations or presumption of innocence.” 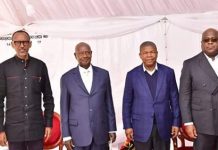