With science taking center stage, the Next Einstein Forum’s Global Gathering, Africa’s premiere global science and technology forum, wrapped up today with a clear path forward on how best to drive development through science, technology and innovation across the continent. The event was convened by the Next Einstein Forum (NEF), an initiative of the African Institute for Mathematical Sciences (AIMS) in partnership with the Robert Bosch Stiftung.

“This is a transformational moment for Africa and we would like to thank the President, Prime Minister and people of Senegal for welcoming the international scientific community to Dakar,” said Thierry Zomahoun, NEF Chairperson and President and CEO of the African Institute for Mathematical Sciences (AIMS). “Over the past three days, our scientists have showed us and the world that given the opportunity, they are able to do extraordinary things. Taking our African scientists out of the shadows and giving them the exposure on a global level, we’re creating a youth-driven pan-African scientific community that must be sustained and expanded starting with our NEF Fellows and Ambassadors.”

Featuring a series of scientific and solution-driven sessions and spotlights of the NEF’s remarkable 15 Fellows, the forum’s umbrella mission was to drive continent-wide collaboration and commitment to building a strong STEM ecosystem in Africa as well as to showcase an impressive pool of rising and established STEM talent. Further, participants discussed the need for regional collaboration and investment in basic and applied sciences.

Speaking at a panel on developing a national science strategy and taking concrete steps to move from policy to implementation, Mary Teuw Niane, Minister of Higher Education and Research, Senegal, commented: “We’ve set an important precedent here in Dakar that Africa can indeed become a global scientific hub but only if we create the sustainable funding and support infrastructure critical to building scientific capital. Where there are many challenges, science provides endless solutions, both now and in the future. We must seize the opportunity by leveraging buy in and best practice results from Africa and the world.”

Moses Bangura, founder of Rokel Delivery Services (RDS), an African led start-up that leverages advances in drone technology and network mapping to deliver urgent Innovation competition (Ci2i), which spotlighted an array of young scientist pitching their impact-driven solutions to a live audience and judging panel. Bangura commented: “With our business idea, we seek to raise money to develop an advanced prototype for testing and install a few ground stations, run pilot studies in at least two African countries and participate in the development of legal infrastructures in the use of drones for service delivery in Africa. This we believe will be the first of its kind in the world. In the end, RDS will ensure that health care products are able to reach people in emergencies and those who are in the furthest regions from connected roads.“

“This week, we’ve gotten a sneak preview of the future of an Africa that is young and rapidly transforming. Science is key to this evolution and NEF is a critical platform to realize this potential. We all agree that a strong scientific community on this continent will also revolutionize the global scientific community,” said Ingrid Wünning Tschol, Senior VP of Strategy, Robert Bosch Stiftung. 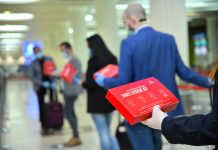 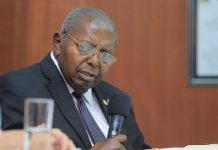