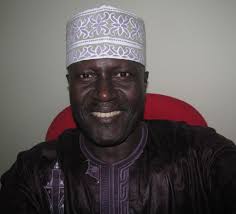 The son of former president Idi Amin Dada has disputed the Entebbe raid narrative, saying his father was playing a mediation role and not a backer of hijackers as has been presented especially by the media.

Mr Hussien Lumumba Amin, who is also the secretary for the Amin family committee says that his dad was limited to connecting the Palestine and Isreal to negotiate and providing for the hostages’ immediate needs

The letter came at a time when Israeli Prime Minister Benjamin Netanyahu was on a one-day State visit to Uganda to mark 40 years since the Entebbe raid were Israel soldiers launched an operation in which they rescued hostages by Palestinian hijackers at Entebbe International Airport.

Also, Mr Lumumba says President Amin saved the situation by ensuring the hijacked plane refueled in Libya which averted a possible crash in the Mediterranean Sea saving all passengers and crew on board. This was after all Arab countries refused the hijackers permission to land on their respective territories.

“That is the reality that Israeli politics doesn’t want known because in order for the Israeli action in Entebbe to be considered acceptable under international law,” said Lumumba