Home Business Mwenda, ‘one of the rich Ugandans’ in the boda boda business attacks... 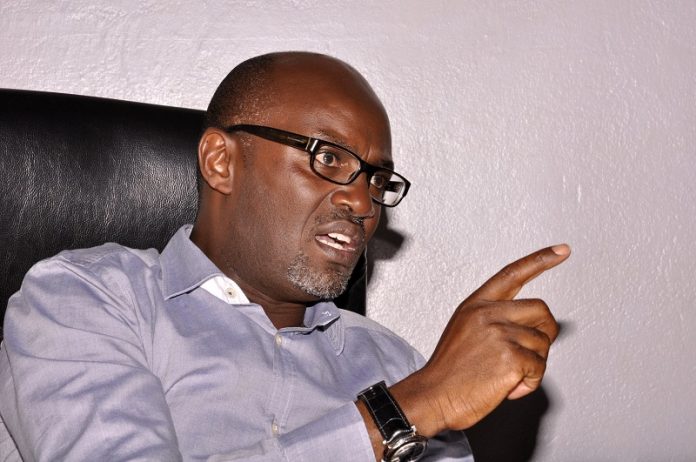 The hundreds of Ugandan youth earning a living through the boda boda may have to wait around.
President Yoweri Museveni in televised address on Monday evening, announced that for boda bodas who had started agitating to resume carrying passengers, should forget that for now until such a time when the disease is totally defeated.
“We can’t risk the lives of our people because of business…This is not the time to be polite; we can’t continue with this menace, the boda boda the least they can do, is keeping quiet until the disease is over,” Mr. Museveni said.
Museveni said his government has kept quiet for long about the menace created by boda bodas in the city. He said he learned that the boda bodas are owned by rich people, are insufficient and very big pollutants of the environment.


He also instructed Kampala Capital City Authority to demarcate three lanes on all city roads – one lane for boda bodas (motorcycles), one lane for vehicles and another lane for cycling. The president said at no time should vehicles, boda bodas or cyclists mix on while driving in the city.
‘Rich Ugandans in boda Boda businesses speak out
President Museveni’s remarks on boda boda did not go well with ‘rich Ugandans in the industry’- one such is Andrew Mwenda

In a long tweet shortly after the president’s speech, Mwenda noted:


We went on: ‘‘If the president is not willing to let boda bodas carry passengers, he should provide a solution to the incomes of 1.2m riders and the livelihoods of six million Ugandans! If not, he should find ways to allow boda bodas to carry passengers while minimizing the risk of spreading covid!’’
Andrew Mwenda is said to be a shareholder in Tugende, which specializes in leases for motorcycle taxis known as boda-bodas
Tugende helps motorcycle taxi drivers own their own motorcycles in eighteen months or less instead of renting indefinitely

Mwenda says ‘ ‘We in the business of supporting unemployed youths own assets (boda bodas) from which they derive their livelihood have ideas on how to allow boda bodas carry passengers with little or no risk of spreading Covid-19! ‘’
‘‘Rather than make decisions alone, the government should consult us’’ Mwenda said