Home Politics Museveni will not be remembered for the roads, factories he commissioned, but... 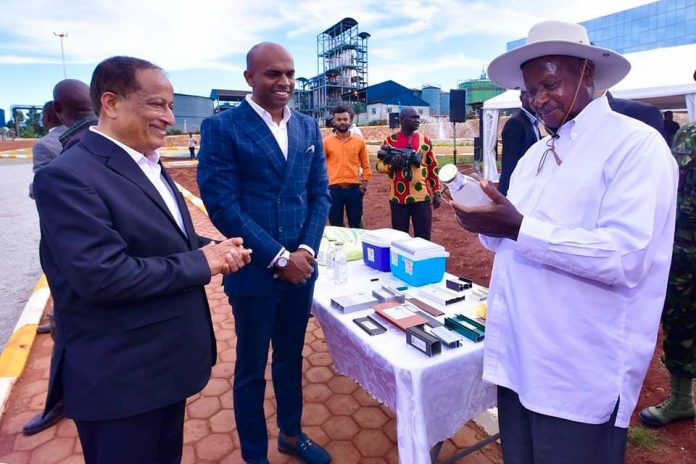 Dear President Yoweri Museveni, reference is made to your letter dated August 6, 2019 titled: Subsistence farming a disaster for African families
I was curious to read, I thought that you would help me understand how your recently concluded taxpayer funded countrywide election campaign would move over 68% of households from substance into a monetary economy.

I should congratulate you for getting endorsements from across the country. Since nobody could become wealthy simply by your talk, you were the only winner from the trip picking up endorsements from all the regions.
Otherwise, the contents of your letter and analysis therein was so provocative. I found your letter and most of what you stated there to be exactly the problem that our country is confronted with 57 years after independence and in the 34th year of your presidency.
Why do I saw this?


Repeating same solutions to old problems is not good policy

Mr. President, why you are using politicking to confront real economic challenges that require real economic policy solutions?
In 1996, you visited a mango farm of a young man- Philbert Aryatunga, in Kashari, Mbarara. Philbert is now 30 years which means he was born 4 years after your fundamental change speech at the steps of our parent on January 26, 1986.
During your visit, you promised to support Philbert by providing water for irrigation. In 1996, Philbert had opened up 5 acres of a mango plantation. Today, the plantation has increased to 20 acres. Since then, all that Philbert has received is a barrage of your aides pretending to deliver your pledge.
Today, as you burn our hard earned tax money campaigning across the country, Philbert is stack with mangoes that he can’t find a market for.


Your letter provoked me to check with Philbert again and he told me he asked your people for a fruit dryer, a cooler track, etc. Nothing has ever been provided.
Mr. President, all that you prescribe in your essay was well laid out in your government policy document called Plan for Modernisation of Agriculture which you personally launched in August 2000. You have since then bastardised the entire policy package and reduced it into political campaign slogans – bona bagagaware! Prosperity for all! OWC, etc.
Mr. President, there are millions of Philbert’s in this our country. All they need is a President that inspires them to think big, dream big and act big.


They don’t need political slogans. They need public policies that support what they do to be able to succeed and to contribute to building our country.
And they need is a president who inspires them, gives them hope and tell them each one of you can be president of Uganda.


It is dishonest to blame colonialism for all our failures

From a humanistic perspective, I understand your attempt to blame everything that is not going right on past leaders and colonialism.
That is the standard for most African leaders especially those hanging on to power even in their advanced age.
Colonialism was here in Uganda 50+ years ago. Idi Amin [R.I.P] was president 8 years almost 40 years ago. Mr. President, you have been president for the last 34 years. And you think the 68% households that are still in subsistence farming are because of colonialism and Idi Amin and Obote? Surely!
So we can’t increase coffee production or tea production because of colonialism? Or because of Idi Amin?
Mr. President, check your statistics again. At independence in 1962, we were producing 2 million (60- kgs) bags of coffee annually.


So you have OWC, women, youth, micro-finance and innovation funds. Now you want to add: value addition; mayoga and leaders Sacco fund. What exactly are the women and youth and everybody else doing with those funds if they are not doing value addition?
While you are claiming to awaken the 68% of our citizens, I see what you are doing with all these Ponzi schemes as to give our people sleeping pills or put them on oxygen.
All that Ugandans need is investing in country’s economic infrastructure – transport, irrigation, storage, processing etc to get Ugandan’s to thrive.


Like your colleague Gen (Rtd) Muntu likes to say, Ugandans are smart people. They don’t need handouts, they need a hands up.


Building infrastructure is good policy but on its own, it’s no panacea to transformation

The obscene stealing of our hard earned tax money aside, I applaud you for keeping the government focused investment in infrastructure. It is the right thing to do because it opens up economic opportunities for many people and many areas.
Of course, smart and efficient governments would pursue this infrastructure development agenda with more discipline and commitment to economic transformation. I can fully understand that such discipline is simply unrealistic when a president of a country is operating in a regime survival mode – the situation in which you are.
But kindly don’t praise-sing these things.


You don’t have to be running around the country sir commissioning every small thing here and there. I could be wrong but I got this impression that when you get a president commission 50 kms of a road, or a factory that hardly employs 1,000 people or a district building that looks like an 18th century penthouse, you begin to lower the imagination of our young people.
It’s frightening that electoral politics is consuming you and has modified you from the Big thinker to thinking everything small.


It’s so frightening for a generation that has to compete against global giants in all forms – economic, political, technological, security, etc.

I want to suggest to you two BIG ideas that I believe you can think about to get our country on a better development trajectory:

Let’s build economic geographies as the pillars for the economic transformation and shared prosperity of our country and our people
I want to plead with you that you use the political capital that you have as our president to reorganise our country into economic geographies by investing in building our regional economies. When I was in primary school Mr. President, we learnt about the Industrial economy in Busoga, the livestock economy of Teso, the cotton economy of Lango, the tobacco economy of West Nile, and of course the coffee economy of Buganda, etc.
Mr. President, we can invest in these regional economies and make them pillars of local economic transformation and national economic development.


You will need more Philbert’s and less of the politicians that you were meeting during your tour.
Get Ugandans talking to each other again
Mr. President, great nations are built by selfless statesmen and stateswomen. They are never built through patronage and transactional politics.


Politics of give and take are too petty and destructive.

And lest I forget. You have made a great contribution to our country and to our continent.
But when the contemporary history of our country is written, you will not be remembered for the roads and bridges and dams and factories you commissioned. You will be remembered for whether you left Uganda a united and harmonious nation or not.


From my view point, there is growing uncertainty on the horizon. The future is increasingly becoming unpredictable. The confidence of our people is increasingly being eroded.
The young men and women of our nation are drifting into survival model. The current situation can only be sustained for so long but not for ever. And dialogue is the only pathway to create winners on all sides.