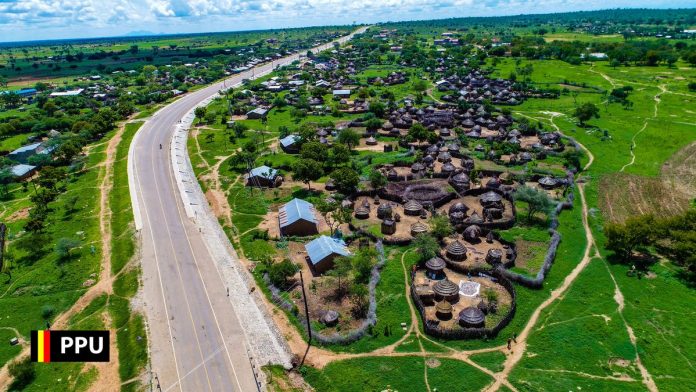 
“After peace, our next priority is water. Am glad we have done some dams but they are not enough. I have come to check on what we can do to solve this problem completely. In our estimation big dams will cost about Shs 6bn each with a enough water to support 1200 heads of cattle for three months. We are going to build about 20 dams,” he said.
The President noted that the government is going to further improve the infrastructure in the sub region by constructing a tarmac road from Moroto-Kotido-Kaabong, Moroto-Nakapiripirit, as well as the Kitgum-Karenga road.
“The NRM brought peace, there is water and roads. The next big battle is fighting working for only the stomach.Wake up and make money and support your children.” he stressed.

The President equated political work with salvation work saying the work of leaders should save people from poverty and underdevelopment rather than propaganda and politicking.