Home Business Museveni: Uganda has grown from scarcity, to a country of surplus 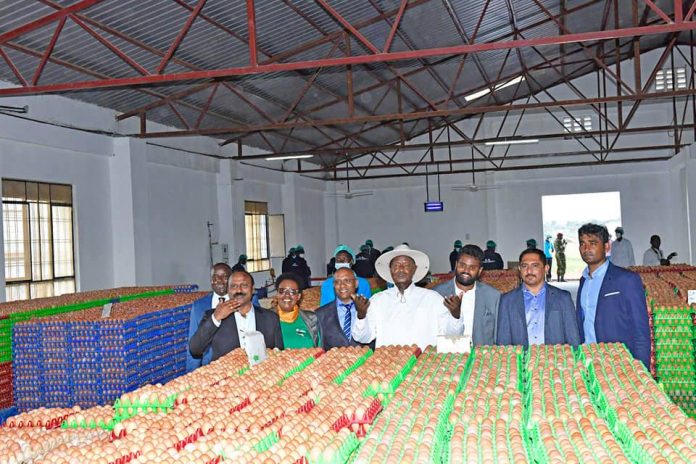 President Yoweri Museveni has said that Uganda’s transformation has happened because of NRM’s clarity of vision even when faced with bottlenecks like high cost of electricity, money and transport.


He revealed that NRM’s steadfastness, however, has seen Uganda’s economy grow steadily over the years and from a country of scarcity we are now a country of surplus (milk, poultry, sugarcane etc).
He however said the challenge now is to find market for our surplus products, which explains our push for regional integration.

He gave the example of Uganda’s annual milk production standing at 2.5 billion litres, yet the country consumes not more than 800 million litres.
The rest is sold in the region.
The head of Head of State made the remarks at State House Entebbe last evening, while launching a book titled “Uganda’s March to Industrialisation 1986-2040”, authored by Hon Mary Karooro Okurut.


The president said, his government resolved most of the obstacles that limited the county’s industrialization push.
‘ ‘We have surplus electricity, have fixed the roads, now working on the railway and capitalizing Uganda Development Bank to fix cost of money’’. He said.


He added: The biggest challenge is corruption. Previously, it was mainly perpetrated by civil servants but it looks like the politicians have joined in. We are going to crack the whip.


He called on investors to report government workers who ask for bribes. ‘‘For the foreigners, you can go through your ambassadors who will reach me easily.’’
He commended Hon Karooro for documenting our industrialization journey