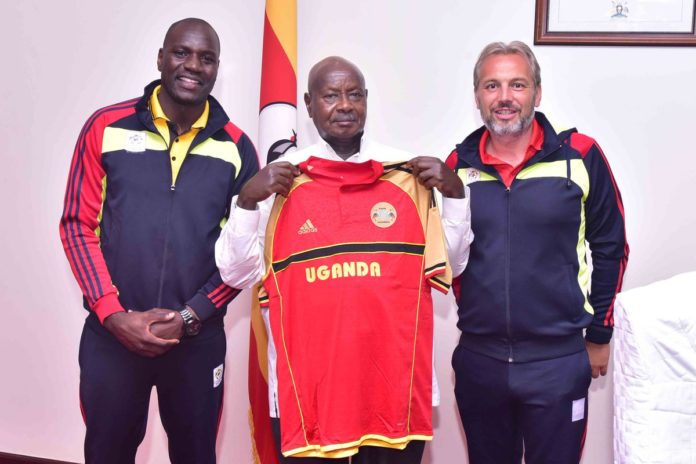 President Museveni on Tuesday night hosted the Uganda Cranes team to congratulate them for their recent achievements, including their participation in the 2017 Africa Cup of Nations in Gabon.
‘ ‘I watched some of their games in Gabon but noticed their shots were lacking in power. I hope the managers can do something about their diet and training to ensure the players are stronger, like the late David Otii was. ‘’ he said.


The president revealed that government will charter a plane to transport the Cranes team to Lesotho for their Group L Africa Cup of Nations encounter next Tuesday.
‘’ I hope the team maintains their top spot and qualifies for the 2019 championship in Cameroon’’.
He also promised each player a token of appreciation from the government.