Home Politics Museveni to Ugandans: There is life outside politics, explains why he has... 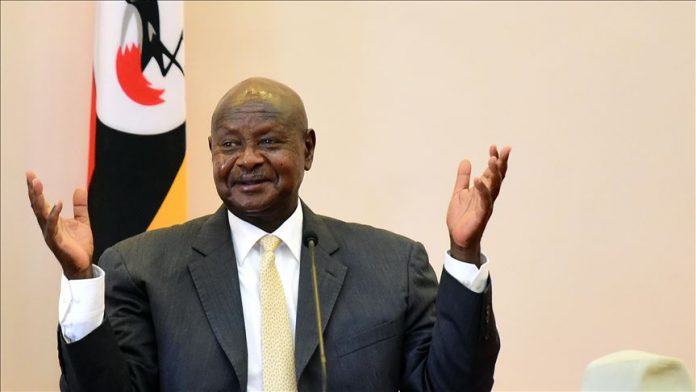 By President Yoweri Museveni
I sent out a message about my -ancestral cattle- to the general channels. I saw the interesting comments from the Bazzukulu and other social-media users.


I thank those who appreciated. Some of the responders were negative.
Retire, they shouted at me. That will be decided by our Party, the NRM and the People of Uganda.
Others wondered how me posing with my cattle helps the unemployed Bazzukulu.

It surely, helps those who want to learn by example. I started looking after those cattle when I was 9 in 1954.
When I accessed modern education, I did not use it to go to night clubs in Europe, I used to semi- modernize the animal husbandry of those cattle among several engagements.
All my children, except Muhoozi, after their education, did not go into Public Service jobs.


They are in the Private Sector, starting with the cattle industry. In the last 120 years of Colonialism and thereafter, none of my parents- uncles etc – were in the Public Service.
There is life without working for the Public Service. My involvement with the political struggles is for historical missions of patriotism (loving Uganda), Pan- Africanism (loving Africa), social- economic transformation and democracy.


Why? It is for prosperity through the integration of the markets, for strategic security and fraternity in Africa. How many of you on the Social- media are contributing to that direction of thinking?
It is those concepts that will help us to solve the issue of jobs. Do you see how many Bazzukulu are in the factories for example the ones I recently commissioned (Balaji Group, Premier Distillers, Simi Mobile and Computer manufacturing plant, among others?


These Bazzukulu are working in these factories that are using the raw- materials of Uganda and that are benefitting from the market of Uganda, EAC and COMESA.
One of the contributors thought that I looked tired. I am not tired at all. I have, however, deliberately lost weight by shedding off that fat that I had allowed to accumulate on my body frame because the doctors had not explained to us clearly the mistake of not fighting fat.


In future, I will explain to you this awareness. I have moved from 106 kgs to now 76kgs. I will stabilize my weight at 76kgs because that is the one that matches with my height of 5.7 feet.
One of the negative contributors said I had made a tarmac road for my cattle while other Ugandans have no accessible roads. Wrong.


One reason I bought land in the Kisozi area in 1990 was because it was far away from tarmac roads. One reason I bought land in Rwakitura in 1967 was because it was very far away from the tarmac roads.
In fact, there was no road of any description in that area except the nearly impassable Kazo-Lyantonde and Rushere-Kinoni. Cattle do not need nor do they eat tarmac. They eat grass and drink water.


The tarmac road you saw in the picture is not for the cattle but for the People of Butambala, Gomba, Ssembabule , Masaka etc.
Soon somebody will be able to come from Kabale and go to South Sudan without going through Masaka or Kampala. It is for the connectivity of your Country.

”The political class, instead of talking about the destiny of Africa, you’re talking about petty things – elections – who comes in. That is why I have said, if I still have strength, I will put my point of view – not to retire when Africa, when the original issues of why Africa nearly perished are not addressed. And you’re just addressing small things – elections.” President Museveni said in December 2018 at the Interparty Organization for Dialogue (IPOD) summit at Speke Resort, Munyonyo.