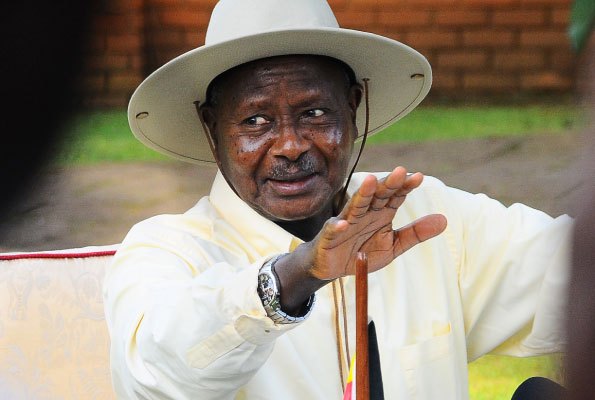 
Parliament on Tuesday reinstated presidential terms in the Constitution by passing clause 105: the clause states “A person shall not hold office as president for more than two terms”


The MPs also approved seven year term for all elective positions including presidency, parliament and local government’s positions starting with ongoing term. The seven year term means there will be elections every after seven years as opposed to five years.
Reinstating term Limits in the Constitution and seven year term tenure means President Museveni can still run for another 14 years (two terms), Which will end in 2037


The motion to extend term in office [effective from the current parliament] was moved by NRM’s Michael Tumusiime –the MP for Mbarara Municipality.
Earlier, Budadiri West MP, Hon. Nandala Mafabi (FDC) rejected proposal urging that voters only agreed to five year term/contract. Nandala also wanted the term extension to start with the next parliament and president. However, his proposal was rejected.


Hon Tinkasimiire told parliament that the MPs were becoming a liability to Uganda. ‘‘I want us to be very honest to our country… these proposals are not coming in good faith…. In my opinion, I think we are becoming too much for Ugandans.’’ He said.
However, deputy Attorney General, Mwesigwa Rukutana explained that the change of term of parliament, President, other elective positions is for posterity; adding that the changes have no financial implications on budget
Parliament had earlier approved a motion for the continuity of the controversial ‘age limit’ bill, which seeks to lift the cap on the Presidential age from the constitution.


A total of 317 MPs voted in favour of the motion to lift the upper age limit of 75 years while 97 members voted against. Two members abstained from the vote.
Voting was by roll call and tally, in line with rule 89 of the Parliament’s Rules of Procedure. The rule stipulates that voting at the second and third readings of the Bill for an Act of Parliament to amend a provision of the Constitution has to be by roll call and tally.


The National Resistance Movement (NRM) party which commands a numerical advantage in the 10th parliament needed 290 votes, constituting two-thirds of the 436 legislators entitled to vote, for the bill to sail through to the next stage.Should NRM maintain majority 290 after second voting, all will be left is for President Museveni to sign. Should he not be comfortable with some clauses like Term Limits, the law allows him to send the bill back to Parliament to for debate again 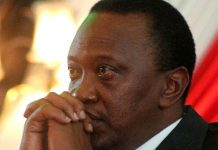 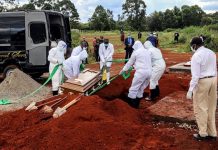