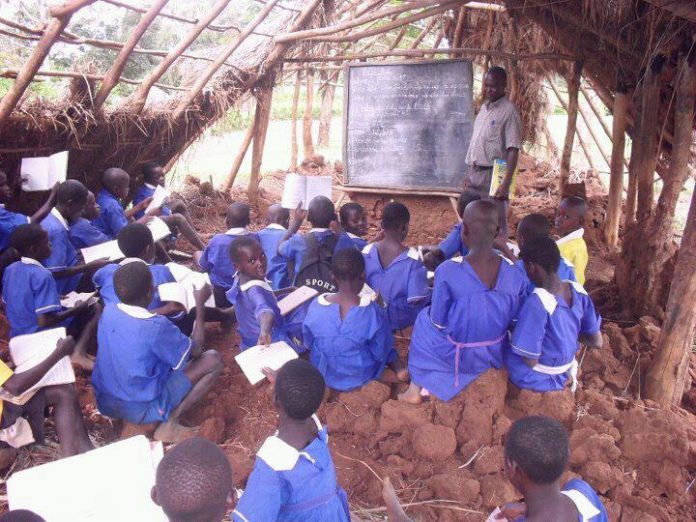 
He also revealed that in the coming years, salaries of arts teachers would be increased gradually.
“We have met and agreed on how to handle salaries. The entry level for some of the lowest paid like teachers, soldiers, will go up. Science teachers’ salaries will go up to the regional level. We don’t want to hear that science teachers in Kenya are getting better pay than those in our country,” the President said.


The President was last evening speaking at the closing of a two-day Secondary Schools’ Head Teachers’ Retreat at State House, Entebbe. 3,000 Head Teachers from both private and government aided Secondary Schools throughout the country, attended the first ever National Retreat, that was organized by the Ministry of Education and Sports, under the theme of ‘The Head Teacher as the First Inspector.’
The Retreat aimed at engaging all Secondary School Head Teachers to reflect on the importance of their role of ensuring that standards are upheld in the delivery of an effective and efficient quality education in Uganda.
President Museveni also informed the Retreat that discussions are being held with the top management of the Ministry of Education and Sports to reduce the number of subjects taken by students

He urged Head Teachers to emphasize patriotism in schools so that they can promote students’ love for Uganda, Africa and for themselves.


“Education in an African country is to liberate Africans from underdevelopment, marginalization, ignorance, and Injustice. You find schools producing products without a compass. You find children who think they are in Europe when they are at the shores of Lake Victoria. Help these children to have a bearing in life. Many Africans don’t love themselves. You find a beautiful black African and she tries to rub off the blackness; this is sickness. It is a form of self hatred,” he said.