Home Lifestyle Museveni to Muslims: ‘‘Pray, work for peace and prosperity of Uganda’’ 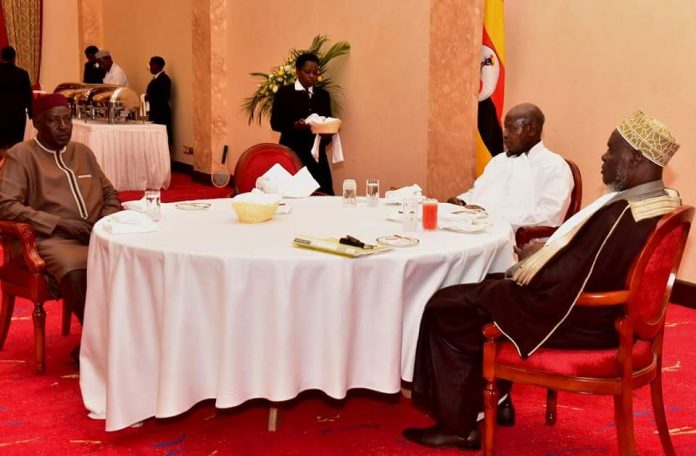 President Yoweri Museveni has praised Muslim community in Uganda for their role in building the country and maintaining good relationship with other religious denominations in Uganda.


The president appealed to the Muslims not only pray but also work for peace and prosperity of our nation
‘ ‘ I am confident that at the end of Ramadhan, our prayers and supplications will be granted and rewarded’’ he said.
Ramadan is the ninth month of the Islamic calendar. Ritual fasting is an obligatory act during the month of Ramadan and its s necessary for every Muslim that has reached puberty unless he/she suffers from a medical condition which prevents him/her from doing so.

Fasting is meant to allow Muslims to seek nearness and to look for forgiveness from God, to express their gratitude to and dependence on him, atone for their past sins, and to remind them of the needy.


During Ramadan, strict restraints are placed on the daily life of a Muslim. They are not allowed to eat, drink, smoke or engage in sexual relations during the day. Due to its significance, females who usually find it hard to veil, are tamed during this period. It is believed that it was during this season that the Koran “was sent down” from heaven.