Home Business Museveni to African Leaders: We must remove border restrictions for prosperity of... 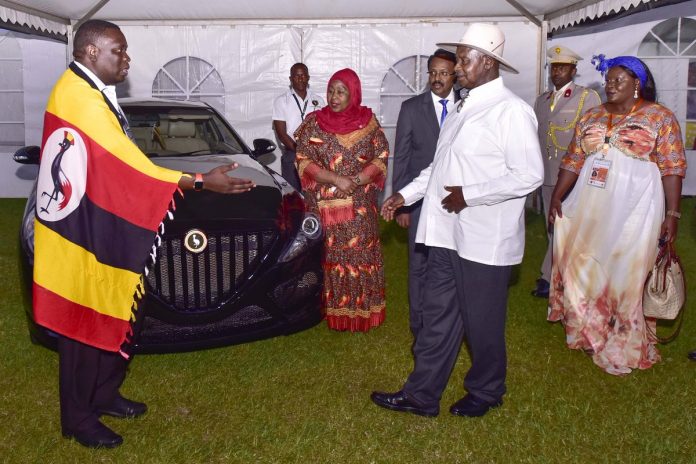 By President Museveni
Look at India and China, Each one of them has got a population of 1.3 billion people. Therefore, their internal market is huge right from the beginning. Nevertheless, neither of them could undergo the social-economic transformation we were talking about until they opened up, started trading with the world but also started getting investments from the world.


The GDP of China in 1978 was US$ 149.54 billion. It is now US$12.24trillion. That of India in 1991 when they opened up was US$278.4billion. It is now US$2,848 trillion. If China cannot prosper alone with a population of 1.3bn people, if India cannot prosper alone with, again, a population of 1.3bn people, how can Uganda prosper with a population of only 40 million people?
I am quoting all this to make one point.
Failure by some of the political and intellectual classes to know that, with modern economies, you cannot guarantee the prosperity of your people if you do not work for access to big markets, either through alliances like the Asian countries of South East Asia allying themselves to the USA or integration like the EU, is the first barrier to intra-African trade. There will be no prosperity without realizing this.


Once we know this, then we must accept the free movement of goods and services by removing taxes (tariffs) and non-tariff barriers (border restrictions, road-blocks on trade routes, complicated licensing procedures, etc).
It is only when the goods produced by the factories access big markets that they can make profits.
The investor has already spent money on those. If he uses them to produce a few items because the demand is small, he may make losses. Hence, the more items that are produced through fixed assets, the better for the business.
Many factories are opening up in Uganda now. Why? It is because Uganda has got alot of raw-materials of all types (agricultural, minerals, forest products, etc.); it is peaceful; other than some parasite public officials that try to get bribes from investors, the business atmosphere is very friendly with a fully convertible currency; the work force can easily learn; we now have enough electricity and we are working on making it cheaper,

We are working on the issue of the lowering the transport costs; etc., etc. Uganda can, therefore, take off quickly.
Therefore, the issue of market access is now becoming critical. I told you about the motor-bike tyres and tubes factory that is producing 10,000 pieces per day but Uganda only consumes 3,000 of that. The shoe factory is producing 20,000 pieces and the local market consumes only 3,000 per day.
The blanket factory produces 10,000 pieces per day, but, again, only sells 3,000 pieces in Uganda. The steel factory which capacity to produce 4,000 pieces of steel per day is now producing at half the capacity (i.e. 2,000 pieces per day) because of cheaper steel imported from outside the region. Even Uganda only consumes 20%.


East Africa needs to help us in this by imposing taxes on similar products coming from outside the EAC. Therefore, the free movement of goods and services is a matter of survival for Uganda, East Africa and Africa.
In 1986, Kenya was exporting to Uganda goods worth $200million. Uganda was only exporting to Kenya goods worth $12million. Some of the Ugandan leaders started talking of blocking Kenyan goods. I rejected that line because it is suicidal for Africa.
Supporting one another’s prosperity by buying one another’s goods and services is the correct way. With our united market, we can, then, approach third parties such as the USA, China, India, etc., for additional market access to their markets, just like they have been selling in our markets for centuries.


We only need to advise on two things in this respect. All Africans that are to enjoy that facility should be biometrically registered just for the sake of security. Secondly, all governments to undertake by treaty never to use that freedom of movement of people, never to ever operate behind the back of the host countries.


The freedom of movement of people should only be for the transparent activities of trade and for nothing else.
The future is bright, let us act right.

Kenya’s president reshuffles cabinet, announces a raft of changes in a...