Home Politics Museveni: The 1986 liberation war was not a business intended to reward... 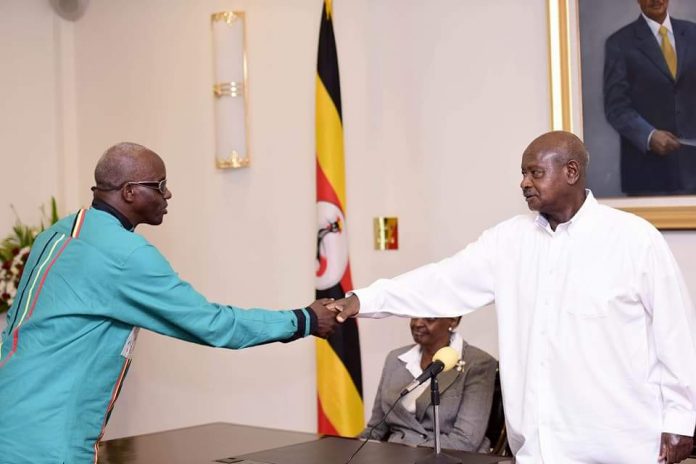 President Yoweri Museveni has said that the 1986 Liberation war he championed was not a business. He says the reward for everybody who contributed was freedom we are currently enjoying.


Responding to one of the commentators Mutungi Ronald Kategaya on social media who said his parents contributed in 1986 liberation war but he has not benefited;
‘‘The resistance was not a business.’’ The president said.
He explained that many people contributed, many died and the reward for everybody was freedom. There was no material gain because the numbers were very big.

‘‘It is not feasible to pay each. However, from the beginning, we started programmes to help the veterans or their descendants; entandikwa, akasiimo, OWC, the Luwero Triangle Fund etc. Especially, with OWC materials, the officers in the Luwero Triangle and the Rwenzori, started with the Civilian veterans (members of the secret committees, members of the elected committees, the people who gave ebibira for camps of NRA, militias, guides and general supporters).’’


‘We sacrificed’ talk
Three decades after the 1986 liberation war, a section of liberators have featured several times in the media gloating and constantly reminding Ugandans to be grateful for the liberation sacrifices they made
Gen Elly Tumwine has been quoted in news several times retorting that he sacrificed for the peace this country enjoys and that he was injured during the war and lost one of his eyes.


In November 2014, in interview with Daily Monitor, Col Amanya Mushega, who abandoned a teaching job at university to join the war, cited Gen Salim Saleh and Maj Gen Mugisha Muntu as other 1986 liberators who got injured in the war but have not placed similar demands on Ugandans or keep reminding Ugandans of their sacrifices


Col Mushega said it is important for Ugandans to recognise the role that the Bush War fighters played in pacifying Uganda, but that the role must not be blown out of context. To those who feel more entitled than others due to the sacrifices they made, Col Mushega said: “If it is about shedding blood, maybe we can take those who are still alive to the blood bank and return that blood so that everyone lives in peace in Uganda.”