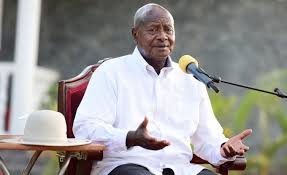 President Museveni has rejected 11 loans, amounting to US $1 billion that are not targeting infrastructural development and said all future loan requests to Parliament will require his personal endorsement.
In a June 19 letter to the ministry of Finance, Planning and Economic Development and copied to Speaker of Parliament Rebecca Kadaga, President Museveni warned against the country taking loans that do not add value to the Gross Domestic Product (GDP). The letter lists 27 loans that were presented before parliament for approval but Museveni thinks only 16 of the loans are beneficial to the country.


In her communication to the house on tuesday, Kadaga said, following the president’s concern, parliament’s committee on National Economy should not handle the 11 loan requests that President Museveni had not approved.
“The president feels that we are over burdening the country by contracting so many loans, many of which do not add any value to the GDP of the country. He proposes that the loans must have his personal endorsement to the ministry of finance before they come to parliament,” Kadaga said.

Kadaga indicated that parliament would no longer waste time handling loans unless endorsed by the president. She added that the committee on National Economy shall always scrutinize the loans and ensure that the president has endorsed the loans.
“The president would like us to address loans related to health, skills development and education. He [president] believes that only infrastructure like hospitals and education should be the ones facilitated by loans; otherwise, the rest should be by the government of Uganda,” Kadaga said.


The president’s directive comes at time when the public debt stands at $20bn, $6bn of which is a domestic debt. Some $3bn of the $6bn domestic debt.
The President also rejected a US$ 60 million loan intended for farming on computers (ICT) describing it as fancy.
“This is too much maridadi (fancy). The farmers need good farming practices, fertilizers, irrigation, bush clearing, ploughing etc and not computers because, even without computers, we know how much we produce,” he said.


The President wondered how government should guarantee a US$13.79 million to Islamic University in Uganda, a private university, leaving out the other private universities.
For another loan of US$ 30 million from Korea meant for agriculture, the President said, “I do not accept the vague description of commercialization and enhanced productivity. What do these mean?”