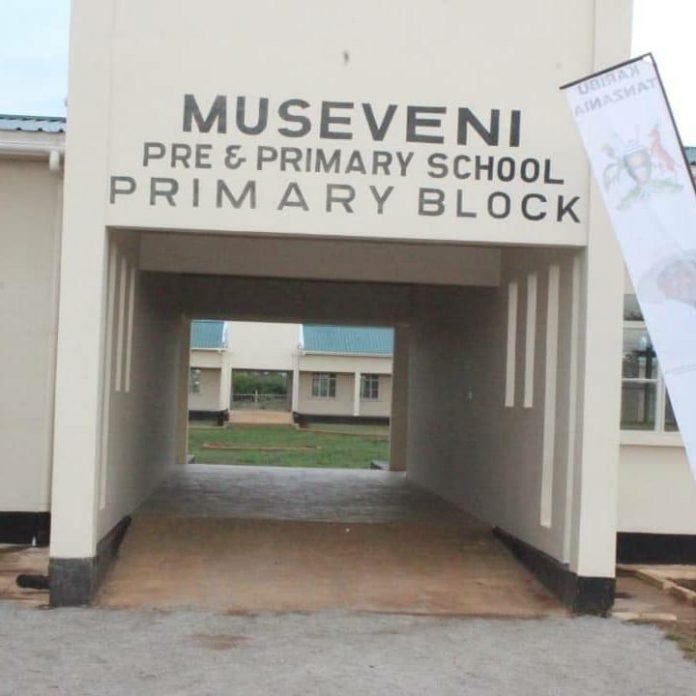 
The president was “fulfilling a presidential pledge he made to the people of Chato in 2019.
The school sits on 11.4 Acres of land, has sixteen classrooms, two staff rooms, a resource centre, dining hall, kitchen. It also has two Kindergarten classrooms and Staff residences.
The president also paid his respects to the late Tanzania President John Pombe Joseph Magufuli at his ancestral home in Chato, Tanzania


“You have invested over $1.6 million, Chato loves you so much. What you have done to the people of Chato can only be related to saying which goes that: ‘Give a fish to someone and they will be healed of hunger for the night but teach them how to fish and they will forever be healed for their lives,’” Tanzanian President, Samia Suluhu Hassan
Museveni said that the late Magufuli told him that they should construct a school in Chato and name it Museveni.

In 2015, Museveni donated Ugx. 700m towards the construction of a school in Rwanda.
In 2017, president Museveni gave out Ugx. 780m to Nalukunga Primary School in Rwanda.